The newest issue of Mojo has a listing of the fifty greatest Rolling Stones tracks of all time, as chosen by a select group of musicians. The list is interesting but I found it to be the most frustrating list of its kind since Mojo did the same for Dylan a year or so ago. The scope of artists like The Stones, Dylan or Elvis pretty much makes lists like this impossible as inevitably some real jewels will be omitted. So here are thirty favorites of mine that I hated to see left off. Some weren't too surprising in their omission but others really shocked me. So here are thirty Hot Rocks in chronological order that didn't find their way onto Mojo's list.

1. TELL ME (1964): One of the first song credited to Jagger and Richards and a real jewel. Just ask Stiv Bators and The Dead Boys who would record a scorching version of this in the late seventies.

2. AS TEARS GO BY (1965): While Marianne Faithfull's version is the best known, The Stones version is sublime and I couldn't believe it missed the list.

3. UNDER ASSISTANT WEST COAST PROMOTION MAN (1965): Searing song from OUT OF OUR HEADS that the whole group, including Brian Jones, collaborated on.

4. MOTHER'S LITTLE HELPER (1966): Another classic I was stunned not to see on Mojo's list. One of the great songs about hypocrisy ever recorded and one of the first rock songs to ever overtly cover the topic of addiction.

5. I AM WAITING (1966): One of the most tender songs they ever wrote and a real highlight to the massive AFTERMATH album. Wes Anderson would later use this to devastating effect in RUSHMORE.

6. SHE SMILED SWEETLY (1967): Anderson would use this one for THE ROYAL TENENBAUMS and it is one of the most haunting tracks off the often underrated BETWEEN THE BUTTONS.

7. WE LOVE YOU (1967): I wrote a long article on this awhile back. One of the great lost Stones classics and one of the most intense songs ever committed to vinyl. Terrifying and brilliant.

8. DANDELION (1967): Another song I have already paid tribute to on here. How in the hell was this not on the list? Later covered in an extraordinary version by Miranda Lee Richards.

9. JIGSAW PUZZLE (1968): One of the hidden treasures on BEGGAR'S BANQUET with the whole band absolutely smoking. Charlie Watts especially sounds like he might burst through your speaker at any moment.

12. MEMO FROM TURNER (1968): Jagger's solo version is more well known but this full band version is just as smarmy and cutting. Still one of the most sinister sounding recordings ever released by a major band.

13. YOU GOT THE SILVER (1969): One of Keith's great songs and one of the last appearances by Brian Jones on a Stones track.

14. SWAY (1971): I can't comprehend why this track isn't on Mojo's list. One of The Stones most impassioned and rocking songs. Keith Richards rhythm lead is one of the most phenomenal guitar tracks ever layed down and Jagger's vocal on this song has no equal. Still spellbinding.

15. CAN'T YOU HEAR ME KNOCKING (1971): Another STICKY FINGERS track and one of the longest studio cuts they ever released. Listen for the great Bobby Keys sax solo.

16. ROCK'S OFF (1972): No I am not joking, unless some pages are sticking together in my Mojo, this monster track that kicked off EXILE ON MAIN STREET is not on their list. Simply put, one of the greatest rock songs ever recorded and possibly the most exciting opening for any album...ever.

17. SHINE A LIGHT (1972): In my top five songs of all time and one of the most moving songs ever written, this major track was also left off the list.

18. LET IT LOOSE (1972): Yet another EXILE track given the shaft. Have people forgotten about this double set that I consider just about the finest pure rock and roll album ever recorded?

19. SOUL SURVIVOR (1972): The searing closing track from EXILE ON MAIN STREET. Features some of the bands greatest playing and one of Jagger's best vocal performances. 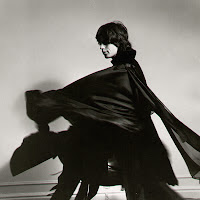 20. COCKSUCKER BLUES (1972): Audacious, brutal and finally extremely moving in how great the sound of it is. The Stones most controversial, if unheard, moment is still hair raising and essential.

22. COMING DOWN AGAIN (1973): Has there ever been a better morning after song? Beautifully bruised and exhausted sounding. The band feels like they could snap at any minute.

23. WINTER (1973): One of the great lost Stones tracks. Jagger's promise to "Wrap my coat around you" is one of the warmest moments in their whole catalogue. A really moving track and my favorite off GOAT HEADS SOUP.

24. TIME WAITS FOR NO ONE (1974): My favorite post 73 track. A bitter and disappointed lyric highlighted by one of the best guitar tracks Mick Taylor ever recorded.

25. SHATTERED (1978): The Stones channel Richard Hell and deliver one of the great New York Punk songs of the late seventies.

26. CLAUDINE (1978): Still unreleased tongue in cheek take on the Claudine Longet controversy that turns out to be an incredibly infectious rock track that could have been a single.

27. LITTLE T&A (1981): Delightfully politically incorrect and rocking Keith track off of TATTOO YOU that is still a concert favorite. One of their most infectous late period tracks.

28. MIXED EMOTIONS (1989): Strip away all of the annoying eighties production and you've got a classic Stones song and one of their best play on words ever..."You're not the only one with Mick's emotions."

29. SLIPPING AWAY (1989): STEEL WHEELS closing track and, along with HAPPY, the best track Keith ever brought to a Rolling Stones album. The STRIPPED version is even better.

30. ROUGH JUSTICE (2005): The opening to their acclaimed return to form BIGGER BANG album and one of their most exciting tracks of the past two decades. The moment Keith's guitar kicks in and you hear Charlie yell "Whoa" is chill inducing. A classic. 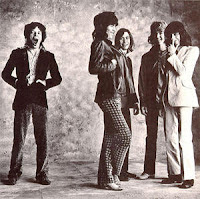 My apologies if I listed any that I missed in Mojo's list. The main problem with their list is that The Stones, like Dylan and Elvis, are just too big for just a list of fifty best tracks. Amidst rumors that their upcoming London gig will be their last, let us all tip our hats to the one group who lived up the title as the greatest Rock and Roll band of all time.
at August 21, 2007

The Stones have had a lot of great songs over the years. Even most of the songs that never are released as singles are better than what most other bands do. This is a great list of some lesser heard songs. I know many of them, but this also tipped me to a few ones I'm not familiar with.

Having not seen the original Mojo list I can't really comment on it, but you've got some of my favorite Stones songs listed here. I really love TELL ME, MOTHER'S LITTLE HELPER, WE LOVE YOU, DANDELION, JIGSAW PUZZLE, FACTORY GIRL, MEMO FROM TURNER, YOU GOT THE SILVER, SWAY, CAN'T YOU HEAR ME KNOCKING, ROCK'S OFF, COCKSUCKER BLUES, COMING DOWN AGAIN, TIME WAITS FOR NO ONE and SHATTERED and taht's a hell of a lot of great songs left off obviously.

All these lists and list making in general is starting to drive me batty... this is why I usually avoid it. When I make a list of favorite anything (movies, songs, etc.) they're often controlled by whatever mood I'm in that day.

Thanks To you both,
Keith, I am glad if I was able to turn you on to a few songs you might not have heard...hope you enjoy them.

Kimberly,
I know we share a passion for The Stones so thanks for the comments. The Mojo list is a solid one but I was really stunned by the absence of songs like SWAy and ROCK'S OFF which are such classics. I'm a big EXILE fan and it seemed to get get kind of shafted on the list...the current Mojo is well worth getting and has a great shot of Keith on the front...thanks again