"Little" Joe Dallesandro was born nearly sixty years ago at the tail end of 1948 in Pensacola, Florida. To go along with my upcoming celebration of LA MARGE, I thought would post a little tribute to the career of one of the great faces in film history, and one of the eternally coolest guys on the planet.
Discovered by Andy Warhol and Paul Morrissey at the age of eighteen, the impossibly beautiful Dallesandro made a few appearances in a handful of Warhol's underground films before exploding into the public eye with his astonishing turn in 1968's FLESH.

Paul Morrissey's FLESH tells the tale of Joe, a street hustler, through a series of striking improvisational scenes that are among the most real and alive sequences from the American cinema in the sixties. Working alongside Geraldine Smith, Patti D'Arbanville, Candy Darling and Jackie Curtis among others, Joe oozed charisma and a cool unhinged sexuality the likes of which had rarely been seen (before of since) in American film. Comparisons to a young Brando soon came pouring in and these would continue through Joe's next three films with Morrissey and Warhol, 1968's LONESOME COWBOYS, 1970's TRASH and 1972's HEAT.
TRASH is particularly brilliant, and it became a rare underground sensation that proved successful with some hip open minded mainstream audiences. Joe was everywhere in this period, from film festival appearances to modeling sessions, and he seemed to be the one Warhol star since Edie Sedgwick who had a legitimate shot at breaking into mainstream Hollywood. 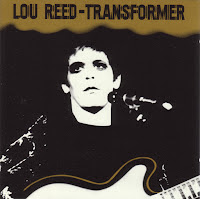 Coinciding with the release of HEAT was Lou Reed's stunning WALK ON THE WILD SIDE single, which name checked Joe and made him even more of underground icon. Interviewed years later about Reed's song, a still slightly perplexed Joe said simply, "Great song".

1973 brought a sudden change for Joe as he travelled with Morrissey and crew to Italy to film two stunning back to back films that remain among the very best of his work. Working with Morrissey and important Italian director Antonio Margheriti, 1973's FLESH FOR FRANKENSTEIN and 1974's BLOOD FOR DRACULA are among the most audacious and original films of the seventies. With striking set designs, eye popping color and a cast including Udo Keir and Dalila Di Lazzaro, the shot in 3-D FLESH FOR FRANKENSTEIN is still jaw dropping and Joe's lovably out of place thick American accent is one of its key charms. BLOOD FOR DRACULA was perhaps even better, but both films remain two of the most endlessly inventive of the period. 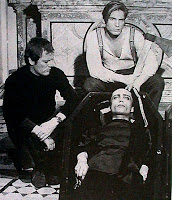 Joe would meet a stunningly beautiful young Italian actress on the set of BLOOD FOR DRACULA who would go onto play an important part of his life through the mid seventies, namely talented Stefania Casini. The two would soon become one of the most beautiful couples of the period, and BLOOD FOR DRACULA would turn out to be not the only time they would work together. 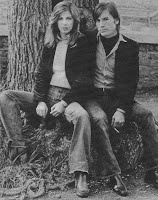 A combination of things, including the striking Casini, caused Dallesandro to stay on in Europe after the Morrissey and the BLOOD FOR DRACULA crew headed back for the states. Whatever the reason, the decision probably helped cost Joe the shining star that was waiting for him back in Hollywood, but it was for the best as the film career he paved for himself in Europe in the seventies became one of the most notable of the period.
A handful of Italian films followed in the couple of years after BLOOD FOR DRACULA (including THE CLIMBER with Casini which I posted previously on here) before Joe landed one of his greatest roles, in Louis Malle's surreal BLACK MOON (1975).

Joe's role in the hypnotic BLACK MOON was a supporting one, but working with Malle placed him in the center of the European Art film world. Soon directors ranging from Walerian Borowczyk to Jacques Rivette were expressing interest with the last of the great Warhol stars, and his career took another unexpected turn.
Joe would make a flurry of films in 1975 including the very odd but effective THE GARDNER (SEEDS OF EVIL) and the crime thriller SEASON OF ASSASSINS, but it was the following year that would prove to be his most important as an actor.

Serge Gainsbourg's JE T'AIME MOI NON PLUS (1976) is one of the key French films of the seventies and it gave Joe the role that he still counts as his favorite. Working opposite the amazing Jane Birkin and a young Gerard Depardieu, Joe turns in a very solid performance as the tough truck driving Krassky. Gainsbourg's stirring film is one that is long overdue for a quality Region 1 DVD release.
Even better, in my eyes, was Joe's next film, LA MARGE (1976). Working with famed Polish director Walerian Borowczyk and the major French star of the period, Sylvia Kristel, LA MARGE gave Joe the most emotionally demanding role of his career. As the recently widowed Sigimond who finds a strange solace in a lonely prostitute in Paris, Joe delivered excellent work for the demanding Borowczyk and it remains my favorite film of not only Joe's but also of his leading lady and director.
More European films followed in the next few years, including the crazed KILLER NUN (1978) and an early Catherine Breillat film NOCTURNAL UPROAR (1979), but it was 1980's intense Fernando Di Leo film VACANZE PER UN MASS that truly gave Joe a role he could sink his teeth into again.

After the great Di Leo film, Joe finally found his way to Jacques Rivette and, along with LAST TANGO IN PARIS star Maria Schneider, they delivered 1981's MERRY-GO-ROUND. The film unfortunately hit financial problems and was shelved for nearly two years before finally just receiving a limited French release.
The infamous and little seen QUEEN LEAR appeared in 1982 and would mark an end to Joe's time in Europe. He finally returned to the states with a part in Francis Ford Coppola's THE COTTON CLUB (1984). He took some time off after that and returned a few years later with a string of television work including memorable turns in MIAMI VICE and WISEGUY.
The past two decades have seen Joe develop into a solid character actor and he has appeared in films ranging from John Water's great CRY-BABY (1990) to Steven Soderbergh's already legendary THE LIMEY (1999). Joe's role in THE LIMEY is at this point his last notable one as he has worked only sporadically since. He is great in the film though, as a simple minded hit man, and his thoughts on one of the film's wonderful commentaries are essential for his fans (and fans of underground cinema in general).

Joe Dallesandro probably could have become a major Hollywood player in the seventies and eighties as he certainly had the looks and charisma. I am glad though that he made the descions that he did because his work for director's like Morrissey, Malle, Gainsbourg, Borowczyk and Rivette are the ones that I love him the most for. While many people just know him as the "Little Joe" from Lou Reed's TRANSFORMER centerpiece or as the face of Andy Warhol's factory, Joe Dallesandro is so much more. Hopefully one day some of his European output will become more readily available, and he will finally get some of the credit that is owed to him. 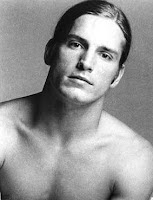 Joe has a comprehensive official site that is located here, that is well worth visiting.

For some of the best available Joe film's on DVD check Tony's fantastic Xploited cinema at this link.

That is a great biography. Just looking at the list of titles I hadn't realised what a varied career he'd had! Hopefully I'll get the chance to see the Rivette and Breillat films some time in the future!

What a great blog. I think Joe Dallesandro is fantastic. I've really enjoyed the films of his I've seen from the late 60's and early 70's. He's very strikingly beautiful in Flesh, Blood for Dracula, etc. I thought he and Stefania Casini were a fantastic looking couple. I hadn't thought about him for awhile, so thanks for reminding me about this wonderful actor.

Part of why I like Joe so much is because of the movies he's in; I think he would have lost a lot of his appeal if he had ended up in the Hollywood career that he was undoubtedly destined for.

I look forward to your look at LA MARGE, as it's my favorite Borowczyk film as well. I think Pieyre de Mandiargues and Borowczyk always made a great team, but the addition of Joe and Sylvia Kristel really makes it for me!

Thanks Colin,
I really wish those Rivette and Breillat films were more readily avavilable. It is terrible when such noteworthy directors are ignored on DVD...

Thanks Keith,
I agree and I love Stefania. I am hoping to do something on her soon as she is fantastic...

Thanks Mike,
I totally agree about your Hollywood sentiments...they would have gone out of there way to ruin him.
So glad to hear from another fan of LA MARGE. I think it is an amaing film...hope you enjoy my upcoming tribute...

Yes, Dallesandro is great. I have still to se the Malle film though I've read about it for many years. The work with Morrissey and Warhol still dazzles me today, almost 15 years later after first seeing it. Wonderful reading, J!

Thanks for the great tribute! Joe is one of my favourite actors from the Warhol crowd (TRASH is probably my favourite of his films, though out of his 70's European/non Morrissey filmography I've only gotten to see LA MARGE so far). Very interesting life story too - would love to see a biopic made on him one day.

Thanks Michelle,
Joe has had an amazing life hasn't he? And what a career...I highly recommend both JE'TAIME MON NON PLUS and BLACK MOON if you haven't seen them...they are both fantastic...thanks for the nice comments...

ENGLISH:
Joe never became a star of the Hollywood type and I think it is better because it would otherwise lose their status of an idol of several generations and a symbol of a culture and era, which by their nature and ideals remain deeply seditious and antikonformistki!