Nastassja On Unfaithfully Yours

Unfortunately I haven't been able to locate too many quotes from Nastassja on UNFAITHFULLY YOURS, so I am including some by her director and co-star as well here.
From what I gather, this was a pleasant shoot where everyone appeared to get along. After several incredibly difficult productions, UNFAITHFULLY YOURS probably felt a bit like a breath of fresh air for Nastassja to film back in 1984. 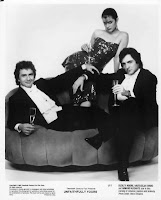 "She has great instincts. She still hasn't cracked the surface of all that beauty and talent. She's going to be a big star."
-Direcor Howard Zieff-

"There is something so ready to run about her. She almost looks like a deer with those big eyes and the sturdy stance she's got. She is always vigilant, receiving these signals, always ready to move away and hide. She is not quite comfortable with herself, but that, again, is a lot of the charm of her, the fact that she really doesn't quite see it, then does, then doesn't. It's like strobe lighting. She goes back and forth with ambivalence about herself."
-Dudley Moore-

"Nastassja is desperately insecure...she'll cry her eyes out on many film sets to come and yet she has never been better."
-Dudley Moore-

"I was convinced after I met her for half an hour, almost a year before we began shooting. She's so surprisingly effervescent, ebullient, full of vivacity....her part is filled with energy, she really has to go, and she's fabulous: everything is happening so easily I am in shock. She reminds you of a 19 year old Ingrid Bergman or sometimes when she's full out-like Sophie Loren in her prime. She's so young, so amazing, with phenomenal eyes. I can't see her going anywhere but to major stardom."
-Zieff-

"In this movie I get to curse with an Italian accent. I love slang, but I especially love to curse in Italian you know? WE used to live in Rome when I was little, and my father cursed all day, all the time. He cursed the traffic, cursed about money, cursed everybody. I found out that cursing can feel so good."
-Nastassja-

"What can you say about him? No one was ever as generous as Dudley. He was so helpful and his support was so uplifting for me! I've never seen anybody who could be so flexible and light in what he does. The great art is to float above the work and he can do that. He can change in an instant. He'll walk off the set and play the most wonderful piece of music and then you'll call him back for the scene and he'll be ready to work at once."
-Nastassja on Dudley Moore-

"It's a joke, it's funny...but at the same time it's more than a joke to me. It's an understanding...in a way I panicked about each new take, but on the other hand, I want a new one like a drug. I do scenes over and over again, and then when I make sure that no one can do them again, I tell the director what I did wrong and what I should have done. It is perverse. Then I sit back in painful pleasure and think about how much better it could have been. The director laughs, but he is frustrated too. It is the same with many things I do. I make sure it's too late, and the I really attack it. I take pleasure in diminishing what I've done and try to top it with something that can never be done."
-Nastassja-

"I was trying to clear out everything in that scene, to imagine myself new-mentally and physically...I don't work with techniques; I work to by feel. And an emotion is something alive. You can't say: 'Hold it emotion!'
-Nastassja-

"I realize that whether you;re making people laugh or cry, you give them something. And the whole thing is to go to a movie, see somebody on screen and communicate with them...sometime, when you're lonely, you go to movies-I like old ones especially-and you feel fulfilled. Somebody is there for you."
-Nastassja- 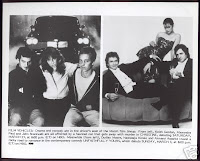 Email ThisBlogThis!Share to TwitterShare to FacebookShare to Pinterest
Labels: Nastassja Kinski, Unfaithfully Yours

Cool quotes. This was a nice little movie that I enjoyed when I was growing up. After some really demanding and serious type of roles for her, this was probably a nice change of pace for Nastassja.

I agree...this must have been a fun movie to shoot.