While many critics had problems with the film UNFAITHFULLY YOURS (1984) few had issues with the work of cinematographer David M. Walsh. In fact, some went out of their way to mention the fine job he did on the film, specifically the great location shots of New York City.
Walsh got his first professional break as a young man in the fifties, when he was hired on as an assistant camera at Walt Disney Studios. After a decade or so of learning the ins and outs of behind the camera activity on Disney TV productions, Walsh graduated to feature films in the mid sixties as a camera operator, with an early assignment being the great James Coburn political satire THE PRESIDENT'S ANALYST (1967).
After a few years as a camera operator, Walsh finally got his first cinematography assignment with the Lee Marvin western MONTE WALSH (1970). His first great film came just later that year when he did some splendid and evocative work on John Frankenheimer's vastly underrated WALK THE LINE.
Walsh would work steadily throughout the seventies with his most notable films being Woody Allen's EVERYTHING YOU'VE ALWAYS WANTED TO KNOW ABOUT SEX (1972) and SLEEPER (1973), he would also shoot several films for Arthur Hiller and Herbert Ross including Hiller's SILVER STREAK (1976) and Ross' THE GOODBYE GIRL (1977). 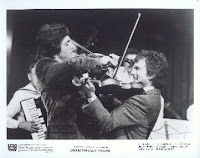 Walsh excelled in urban settings using a lot of natural light photography, and any of the films he shot that involved street scenes of any kind greatly benefit the from the bright and naturalistic look generated from his lens. This is especially notable on the delightful Goldie Hawn-Chevy Chase production FOUL PLAY (1978) for director Colin Higgens where Walsh's great shooting of the streets of San Francisco and the surrounding community made the charming film all the more memorable.
It is Walsh's great eye for the streets that makes the shooting of UNFAITHFULLY YOURS something special. This film is one of the most perfect snapshots of the Manhattan streets ever caught on film, although it is rarely noted as such. Walsh and director Howard Zieff stage many of UNFAITHFULLY YOURS most memorable and humorous moments directly on the streets of New York and it is really sublime to watch.
Seeing Kinski on location in New York in this film is particularly special and Walsh really captures the warmth she was projecting so strongly in the period. It is also wonderful to watch all of the location work with Dudley Moore and Albert Brooks, as some of their best work together happens while they are out walking through the busy city sidewalks.
Walsh's photography of the film within the film that Nastassja is in is really special as well, as he is able to capture the glossy look of several of her seventies productions, especially the Richard Suzuki shot BOARDING SCHOOL.
Unfortunately Walsh hasn't been used well since UNFAITHFULLY YOURS, as most of his films since have been just a shadow compared to his greatest work in the seventies. I would blame this more on the decreasing quality of mainstream American movies being made rather than on Walsh himself.
David M. Walsh isn't a name most film fans would know but for two decades he delivered consistently solid work as an American cinematographer. With UNFAITHFULLY YOURS he got to shoot Manhattan before Rudy Giuliani's makeover and 9-11, and he got to photograph Nastassja Kinski during one of her most beautiful periods...a city and actress have rarely looked better together. 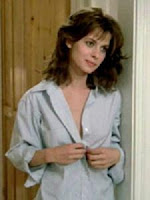 I didn't really know the name, but I've seen quite a few of those films. He has done great work.

Thanks Keith,
His work in this film is really great to look at...