"Something is About to Happen, Something Final": Jose Larraz's Symptoms

My original version of this article can be found at this link. The following is a slightly revamped version for Moon In The Gutter.

"Last night I dreamed they had returned. They were here again, just like in other dreams, but this time it was more confused. I have a feeling that something is about to happen, something final in which I will be involved."
-Jose Larraz, SYMPTOMS- 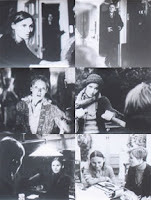 SYMPTOMS (1974) is, along with Roman Polanski’s REPULSION (1965) and Richard Loncraine’s FULL CIRCLE (1977), probably the best film ever made about a woman slowly slipping completely into madness. Shot quickly in England on a relatively low budget in early 1974 and rushed to the Cannes film festival that summer, SYMPTOMS is one of the great-lost films of the seventies and warrants major reconsideration.
The plot of SYMPTOMS, featuring a woman lost in solitude, a creepy old house, a nosy groundskeeper and other often used genre elements, isn’t that noteworthy. What is noteworthy is Larraz’s unsettling style and his camera’s unshakable obsession with his leading lady, the very haunted looking and remarkably talented Angela Pleasence.
Pleasence is probably best known to American audiences as the daughter of the very well respected late British actor, Donald Pleasence. Angela began appearing on British television in her early twenties and made her big screen debut in the delightful HERE WE GO ROUND THE MULBERRY BUSH (1967). She would prove very memorable in the 1973 Amicus anthology film FROM BEYOND THE GRAVE but SYMPTOMS would give her the first lead role of her career, and one of the best parts she has ever gotten to play.

Joining Pleasence were a small group of notable British actors including Michael Brady, Lorna Heilbron, Peter Vaughan and Marie-Paule Mailleux, but it is Pleasence’s film all the way though. Much like Polanski and Loncraine used their leading actresses, respectively Catherine Deneuve and Mia Farrow, in nearly every scene of their great essays on madness, Angela Pleasence dominates almost every frame of Larraz’s film with an eerie near silent work that is among the best genre performances of the seventies.

Much of the credit for SYMPTOMS hypnotic power should go to Editor Brian Smedley-Aston who manages to match the obsessive and lingering directorial style of Larraz with a sharp and consistently inventive cutting technique. Aston had handled the legendary PERFORMANCE for Donald Cammell and Nicolas Roeg in 1970 and was a perfect choice for SYMPTOMS. Larraz’s film could have been overwhelming cold and near impossible to watch, but Aston manages to cut the scenes in a way that allows them to retain their voyeuristic nature but never allows them to outstay their welcome.
A relative novice, Trevor Warren, is credited with the film’s striking cinematography, but I suspect that Larraz was the one really responsible for the films unforgettable photography. The look of the film balances perfectly the languid and lovely British countryside shots with the terrifyingly dark and oppressive interior work. Where as REPULSION used black and white photography and shadows to highlight Deneuve’s increasingly paranoid state, Larraz lets the lovely color outdoor photography of the film become an impenetrable foil for Pleasence’s iced over interior landscape.

The prolific jazz oriented composer John Scott provides the near silent film with a lovely soundscape punctuated by a series of sharp and memorable musical cues. Also worth noting is that Larraz wisely hunted down STRAW DOGS art director Ken Bridgeman to design the lovely, but prison like, interiors of Pleasence’s house and the film does indeed resemble that Peckinpah masterpiece on several occasions.
When the film premiered at the Cannes film festival in 1973 it got some major word of mouth going, and Larraz was nominated for the Golden Palm but he failed to secure a substantial distribution deal. One especially outspoken admirer of it was Jack Nicholson who proclaimed it a masterpiece but even his strong vote of endorsement didn’t help. SYMPTOMS would encounter distribution problems immediately and wouldn’t get an American release until over two years later when it was retitled THE BLOOD VIRGIN, and put on the second half of a handful of drive in bills. It would seemingly disappear completely afterwards and has since only been seen in poor quality grey market prints. 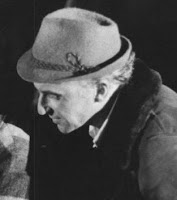 Artistically the failure of SYMPTOMS affected Larraz in a great way, and it would take him over five years to make another film worthy of his best work, the surreal and bitter THE COMING OF SIN (1978). His filmography since has been filled with a series of interesting if under developed films. Despite being undeniably talented and innovative, Larraz has never again made a film as masterful as SYMPTOMS.
The time is right for SYMPTOMS to be rediscovered. Several of Larraz’s works have been made available on DVD in the past few years and a release of SYMPTOMS would serve as a sharp reminder of one of Spain’s great talents and individuals. The depth and subtlety present in SYMPTOMS might surprise film fans that have always thought of Larraz as just a filmmaker of brutality and extremes. SYMPTOMS is a truly inspired and fine piece of filmmaking that deserves the opportunity to be seen by more film lovers.

Also Horror Express has a look at the film here, and some of the above stills are taken from that piece.
at November 26, 2007

Great blog on a wonderful film. It's been awhile since I've seen this one. It's definitely an amazing picture. Pleasence and the rest of the cast are superb here. Probably my favorite of Larraz's films. I did really enjoy Vampyres as well.

I watch it every 6 months or so, it never gets old. I really like how the forest becomes a character in the film, and the sinister woodsman (also in STRAW DOGS)is a real gothic type. He reminds me of the character in that Robert Frost poem, in fact the film has that quality. In between making lousy films Michael Winner had a lot to do with the film not winning at Cannes, as he actively lobbied against it and caused quite a bit of resentment against Larraz when he pointed out to local unions that a Spaniard was making films in the UK, supposed taking work from locals. Larraz wisely retreated to Spain to make the fascinating VIOLATION OF THE BITCH (which also needs a DVD presentation).