The original version of this article can be found here. This is my slightly re-edited version for Moon In The Gutter.

Chances are if you were around in the seventies you probably have an opinion on Patricia Campbell Hearst. Her kidnapping by the Symbionese Liberation Army (SLA), her imprisonment, and her eventually joining the terrorist group in 1974 became one of the biggest and strangest media stories of the decade, and to this day people are still divided over what actually happened to Patricia Hearst in that fateful year of 1974.
Writer and director Paul Schrader was twenty seven years old when Hearst was forcibly taken at gunpoint from her San Francisco home in that particularly cold January of 1974. He had just recently sold his first script, for THE YAZUKA, and was working on the work that would make him a legend, 1976’s TAXI DRIVER. Schrader, like most of the country, watched intently throughout the mid to late seventies as Patty Hearst went from kidnap victim to fugitive to finally convicted felon. By the time President Carter had her released from prison in 1979, most Americans, including Schrader, had all but forgotten who Patricia Hearst had been and could only see the gun toting “Tania” that the SLA had made her into.
Schrader hadn’t thought about Hearst for years until one night in the mid eighties when he ran into her at a social gathering. The two immediately hit it off and Schrader was impressed by the down to earth and fragile person he encountered. After that fateful meeting Schrader began looking closely at her case and realized that the real story of Patty Hearst wasn’t the bank robbing counterculture icon that had been ingrained in so many peoples heads, but instead the nineteen year old college student who had her life and spirit completely and suddenly stripped away from her. 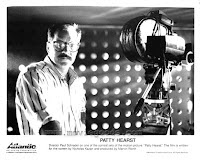 Working from a script by Nicholas Kazan and adapted from Hearst’s own searing memoirs, EVERY SECRET THING, Paul Schrader began shooting his PATTY HEARST in and around San Francisco and Los Angeles in early 1988. Schrader, still reeling from the failure of his last film LIGHT OF DAY (1987), felt suddenly reinvigorated working on location, with a low budget and a relatively unknown cast. The resulting film would be a triumph for the fallen director as well for his lead actress, and a work that would restore the humanity that had been stripped away from Hearst a decade before.
The opening shot of PATTY HEARST is one of the most memorable from the eighties, and quickly identifies this as a major work by a director stylistically shooting on all cylinders. Featuring an ambitious 360 overhead crane shot that manages to finally pull into a tight close up of the film’s star, Natasha Richardson; the opening shot of PATTY HEARST is one of the more audacious moments of Schrader’s controversial career and one of his greatest. Add on that thematically it is one of the only shots in the film that doesn’t feel totally claustrophobic and you have a striking reminder of how quickly freedom can be stripped away.
The film quickly moves straight into the kidnapping in just the second sequence, and the open air spaciousness of the first scene is suddenly transformed into thirty of the most frightening and claustrophobic sequences in American film history. With Hearst’s own words providing bracing narration, Schrader’s camera first puts us inside a car trunk with her and then immediately into the closet where the SLA kept her for weeks in the first stages of her imprisonment. 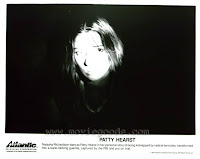 These shots from the closet represent Paul Schrader at his most brilliant and most humane. There is never a moment when he lets us completely leave Patty Hearst’s viewpoint, and I have never talked to anyone who has seen these degrading and dehumanizing sequences that questions why Hearst would have done absolutely anything to get out. Schrader’s film is less about brainwashing and more about sheer survival, and everything Patty experiences helps us understand just what was finally going through her mind months later when she re-appeared as the angry and crazed “Tania”.
These early sequences also show, even more than his MISHIMA, Schrader’s dedication to Ozu and Japan’s more presentational style cinema. With his camera seemingly sitting, unmoving, on the floor next to Patty in total darkness, and the only light being provided by the light just behind the SLA member’s looking down at her from the hallway; Schrader’s PATTY HEARST is an astonishingly composed and well designed film that recalls many of the European directors he had written about so intelligently in the seventies. More so than most of his contemporaries, Schrader was actually able to take some of his Bressonian like tendencies and translate them into something very much his own, and PATTY HEARST is the greatest example of this. 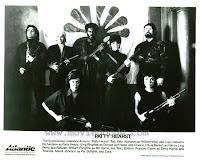 The stunning first section of the film finally gives way to the second act, where Patty is finally let out of closet to find that in place of an actual army, is just a small group of confused and angry kids who had chosen the only path they could see in front of them. It is the handling of the SLA that is among the biggest attributes to PATTY HEARST. Instead of presenting them as monsters, Schrader treats them instead as humans and the second half of the film is ultimately about their shattered lives as much as Hearst. Schrader never offer excuses for their actions but he does allow a window into their lives and it is finally this that distinguishes PATTY HEARST from being just another true crime film.
Some critics have pointed to the very last act, which includes Patty’s capture and trial, as being a let down. But to me the stylistic change in tone in this section was very necessary. Gone is the claustrophobia of the first act, the character development of the second, and all we are left with is the fragmented shattered shell of a woman and a judicial system that lets her down. Patty Hearst’s last line of the film, which I won’t give away here, is one of the most subtle and powerfully simple indictments of hypocrisy in America that I have ever heard; it is also probably the greatest moment Paul Schrader has ever shot. 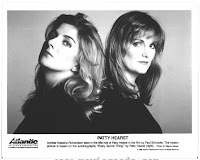 Of course PATTY HEARST wouldn’t have worked without the right actress in the title role. Twenty-four year old British born Natasha Richardson might have seemed an odd choice but here the young actress delivers a seamless and terrifyingly real performance that channels the real Hearst in a very complete and profound way. Mostly known in that period as just one of Vanessa Redgrave’s daughters, Richardson is simply astonishing in the role and it is impossible to imagine anyone else in the part. Schrader was so impressed by the young actress that he would give her the lead in his next film, 1989’s THE COMFORT OF STRANGERS. Also noteworthy is a young and unknown Ving Rhames giving a haunting portrayal as the angry and damaged SLA leader Cinque. William Forsythe, Frances Fisher and Dana Delany also provide fine support in the film.
Yugoslavian cinematographer Bojan Bazelli, in one of his first major assignments, gives PATTY HEARST its memorable washed out grainy look and his work is particularly noteworthy in the, near impossible to light, first section of the film. Minimalist composer Scott Johnson delivers an outstanding score and the rather rare soundtrack album is a real aural treat.
Schrader’s film still resonates, possibly more than it did in 1988, as our current political and media crazed climate feels much more like 1974 than it did twenty years ago. One suspects that this is one reason PATTY HEARST came and went so quickly in the fall of 88. Despite mostly positive reviews and a Golden Palm nomination at the Cannes Film Festival, PATTY HEARST bombed at theaters and barely cracked a one million dollar take. It faired slightly better on Video but it has been out of print in America for well over a decade now and no DVD is currently planned. Used VHS and laserdisc copies can be found and a region two DVD is on the market, but otherwise one of the bravest and most perfectly realized films of the eighties remains missing in action.
Patricia Campbell Hearst was given a full pardon by President Clinton in 2001 and works today as an actress, mostly for director John Waters. She remains one of the most controversial figures of the seventies as some view her as more a master manipulator and less a tragic victim. Paul Schrader’s brilliant and moving film stands as a reminder though of the one fact that everyone should agree on, that on a Winter’s day in 1974 a young woman’s promising life was irreversibly altered and corrupted beyond repair. 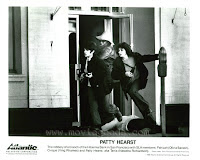 I remember reading and commenting on your original article. I won't really add much more here. I do remember all the controversy about Patty Hearst. There are those who see her as a victim and some as a bad seed.

Thanks Keith...I love this film. I wish it would get a DVD release as my old VHS is frankly wearing out.

I'm just coming down from my vacation and having trouble getting caught up on all my blog reading, but I enjoyed your review of this. I haven't seen Schrader's film myself, but I really should. I hope it gets a DVD release soon or I may just track down a VHS copy.

I don't know how I missed this the first time you posted it, but I did. I wish I could blog as much as you do Jeremy. I'm amazed by your output. Keep up the great work!

Thanks Kimberly,
I am really fascinated by that Syndrome as well...I hope to read your piece about it as it sounds great...glad you enjoyed the post and continue to find things of interest here.
Hope you had a great vacation and thanks for the nice words...