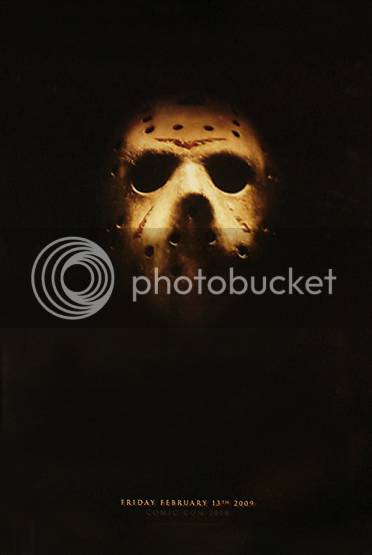 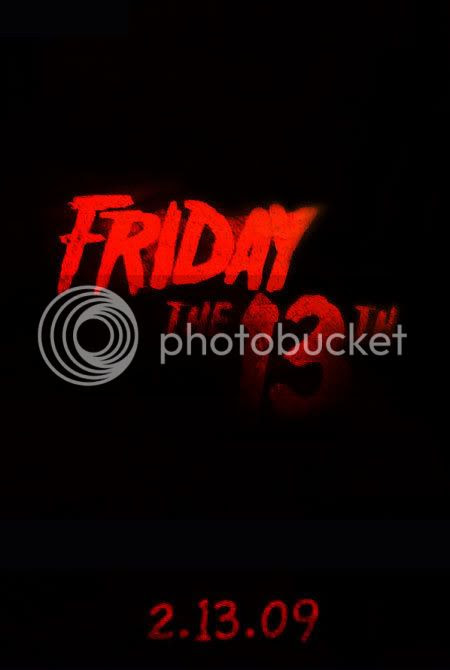 Most of you have probably seen these already as the Internet has been flooded with them but, just in case you haven't, here are the first official teaser posters for the upcoming remake of Friday the 13th. I must admit that even though I hated the remake of The Texas Chainsaw Massacre with a passion, and it is indeed the same team handling the new Friday, I know I'll be in the theater opening day for this. Regardless of how the film comes out, I quite like these minimal but very effective designs for the posters.
It's a bit odd seeing these, even though I have known for quite awhile it was coming, as the original series made up such a big part of my childhood and teenage years. Perhaps the remake will at least cause Paramount to revisit the original series on DVD again, although I have learned to not hold my breath for quality uncut releases of the films...but oh what I would not give for the uncensored version of Steve Miner's Part 2.
at July 31, 2008

Email ThisBlogThis!Share to TwitterShare to FacebookShare to Pinterest
Labels: Friday The 13th

Blech. I hold out no hope for this remake. I've read that they are making Jason faster and smarter (what, like the zombies in the DAWN OF THE DEAD remake?) so I will wait for this one to come out on DVD, I think.

I did enjoy that FRIDAY THE 13TH box set that came out awhile ago but as you point out, they are not the uncut versions - instead, all of the cut bits get collected as their own extra?!! Dang...

I had seen the posters. It looks cool. Not sure what I think yet of the idea of the remake. I do wish they would stop remaking horror classics. I guess after some of those crappy sequels we got in the past, this couldn't be much worse. Hopefully it's good. I'll be there to check it out.

Yea JD,
I know it's probably gonna turn out poorly...I really am curious to see if Paramount does anything else with the originals...I can't imagine them not trying to cash in in some way. I seriously don't understand why they don't unleash the uncut versions as that's what the fans want...it seems like a financial no-brainer to me for them but what can you do?

Yeah, it would be nice if Paramount did something else with them - like, as you say, the uncut versions but they have some dumbass policy about releasing uncut versions of their films... at least, they used to as they did release an unrated version of THE RUINS so go figure.

I don't hold out much hope of getting the uncut versions here, though we did get the original film uncut on DVD as Warner released it.
None too keen on the idea of a remake, though maybe it will prompt Paramount to smell money and do something decent in terms of beefed-up releases

Promising so far, but really, the recent remakes of HALLOWEEN and TCM have soured the very idea of cherished, hallowed horror classics being toyed with ...still, as others have stated, I hold out hope!

Thanks Aaron...I would love to see this one turn out well but these guys don't have that great of a track record...I still feel burned by that TCM remake...

We should do a blog-a-thon the week this comes out and review every Friday the 13th film (at great length of course...as much as possible...) Between you and a couple of us at Out 1, it'd be fun...I promise!

Maybe it would be a tribute week instead of a blog-a-thon...I don't really know the difference, honestly.

James,
Keep me posted about that as it sounds awesome...I would love to do some sort of Jason Fest!