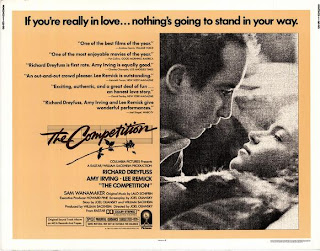 Shot in and around San Francisco in the early part of 1980, The Competition remains the only theatrical film written and directed by the late Joel Oliamsky. The filmmaker, already in his mid forties when his one big-screen production failed to captivate either audiences during the Christmas season of 1980, had been in the business since the late sixties with his first work being a co-writing credit on Ralph Nelson’s 1967 war-time drama Counterpoint. Soon after Counterpoint, Oliamsky would began work in the television field and over the next three decades he would write and direct dozens of prime-time dramas and mini-series, and occasionally working as an actor as well. 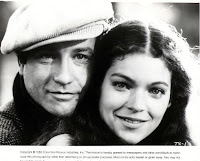 The Competition began life as a treatment by Oliamsky and Producer William Sackheim. Set in a prestigious San Francisco piano competition the film is a character study and a romance centering on Paul Dietrich, a once promising but now disillusioned struggling concert pianist, and Heidi Joan Schoonover, a younger upstart who still has all the passion Dietrich has lost. 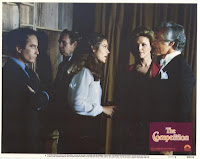 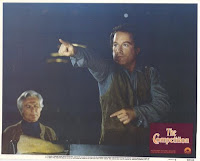 While Oliamsky’s film suffers from several problems that often plague debut productions, in that it’s over-long, too ambitious and occasionally loses its focus, The Competition is blessed with a terrific leading pair in Richard Dreyfuss and Amy Irving, a great supporting cast, a beautiful score by Lalo Schifrin and an inventive editing job by David E. Blewitt. Schifrin and Blewitt would both be recognized for their work with Oscar nominations that year, although the film and its actors were ignored. 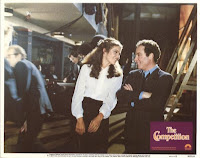 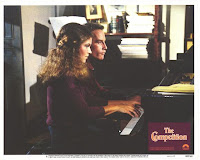 The Competition arguable marks the end of Richard Dreyfuss’ best period in American film. After a series of astonishing performances throughout the seventies, the eighties proved to be a disappointing time for the Oscar winning actor. While his work in The Competition was not well received, amazingly he was insulted with a Razzie nomination for his work, in hindsight his role as the disappointed and bitter Dietrich is one of his most fascinating and vital creations. 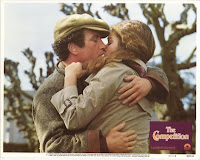 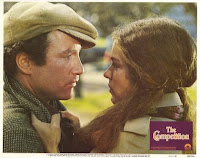 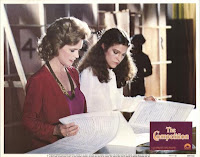 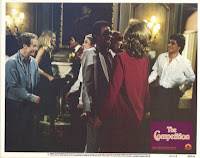 Amy Irving had been on quite a role as well thoughout the seventies, and was just a few years away from her Oscar nominated turn in Barbra Streisand’s Yentl when she shot The Competition. As the young and idealistic piano player, Irving (who along with Dreyfuss trained for months on the piano before shooting the film) turns in the kind of quality, subtle and occasionally haunting work she has been delivering for more than thirty years now. Other familiar faces in the large cast include Lee Remick, Sam Wanamaker, and Irving’s real life mom Priscilla Pointer.

The Competition did not do particularly well that Christmas of 1980. Too cynical for folks looking for a sweet romance and perhaps too sappy for music fans, the film never found its footing with audiences. Critics for the most part were kinder to it, and many found much to praise in it including Roger Ebert who perhaps summed up The Competition the best when he wrote that it, “isn't a great movie, but it's a warm, entertaining one.” 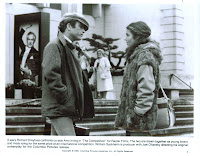 I first saw The Competition when I was in my early twenties, courtesy an old VHS copy that came through the video store I was managing at the time. I watched it mostly due to my love for the stars of the film, Richard Dreyfuss and Amy Irving, but I must admit to not liking the film all that much in that first viewing. 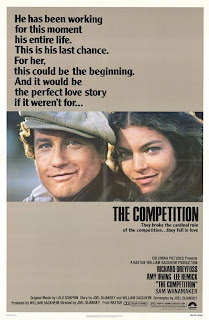 However it became one of those films that just wouldn’t leave my thoughts, and has become one of those sentimental personal favorites all of us have. Thinking back to why I might have rejected it in that first viewing, I suspect that the film is better viewed with the disillusioned gaze of a man in his mid-thirties rather than the idealistic one of the same man in his early-twenties.
at February 03, 2009

This is a good choice, Jeremy. I can't call it a favorite of mine by any stretch, but from the time I first saw it on cable TV I could tell that something more than the normal drama was going on. The society of competitive musicians seemed convincing in a way that gives the film an extra dimension. Considering how often it used to be on TV, its absence from DVD takes me by surprise.

Thanks Samuel,
It's in real need of a DVD release as I don't think it has been released anywhere. I appreciate the comment.

I haven't seen THE COMPETITION, but I recall seeing the VHS box many a time in the video store.

Random bit of useless trivia:
Interestingly, you can see a large promotional photo for THE COMPETITION (as well as CLOSE ENCOUNTERS OF THE THIRD KIND and SEEMS LIKE OLD TIMES) in BLUE THUNDER during the scene taking place in the television station offices. BLUE THUNDER, COMPETITION, and SEEMS LIKE OLD TIMES were Rastar productions (under the Columbia banner) and I think the BLUE THUNDER production team may have used Rastar's, or Columbia, offices as the set for the tv station.