***Hailed by no less than Kim Morgan as one of her top-five favorite bloggers, Erich Kuersten is one of the most talented and creative writers on film working in the world today. His blog Acidemic is unbelievably entertaining and informative and Erich always manages to bring a really fresh viewpoint to whatever film related issue he is writing on. Erich has a few great P.T.A. pieces over at Acidemic but I am especially fond of this one, that he is letting me reprint, that discusses Anderson as an auteur (written in the general style of Andrew Sarris' original auteur canon, American Cinema). After reading this please take a look at Erich's thoughts on There Will be Blood, Punch-Drunk Love, as well as this one on There Will be Blood. Thanks to Erich for letting me use this as part of the Blogathon.*** 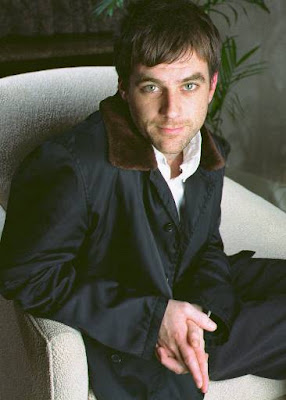 PAUL THOMAS ANDERSON: Put Him in the Pantheon!
Erich Kuersten

The giddy velocity of Paul Thomas Anderson's tracking shot cross-cutting montages makes him unique among the new generation of auteurs; his is a druggie cinema. His camera snakes through coke deals, oil fields, television studios, hotels, casinos, like a predatory animal stalking its prey, (his peers' just sit there). Anderson's is the cinema of the addict that's been running so long they've forgotten what's chasing them. In this way, Anderson is the D.W. Griffith of cinema's second century; a humanist and sadist rolled into one guilt-wracked intellect. Anderson uses cross-cutting with the same deft timing as Griffith, which is to say, he stops time altogether, for a purpose higher than suspense or hiding mismatched shots.

That he is the inheritor of the Altman throne of "actor's auteur" can't be argued either. Anderson displays his actors like a tipsy and proud party host; he loves them. Even cats who you think would never hang out with Anderson are embraced; an ego-driven persona like Tom Cruise is given an altruistic vein in his heart for MAGNOLIA, dishing out dating advice to the lovelorn nerds of Los Angeles. In PUNCH-DRUNK LOVE, that perennial frat boy Adam Sandler is held tight to the bosom of Emily Watson until all his solipsism melts off like baby fat. Anderson washes the dirty leers of Sandler and Cruise clean away, like Saint Francis washing the wounds of the lepers. 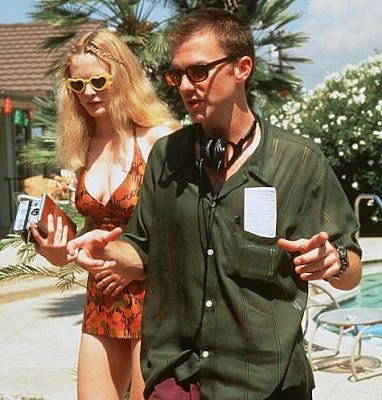 Anderson's cinema moves restlessly forward until it transcends duality and abstraction; he is painfully aware of the altrusim vs. ego battle and he punishes any character who fails to hear the cosmic message. Sometimes it takes a rain of frogs, and if that's what it takes, Anderson brings it. He's like all older brothers too hip to the cosmos to believe in their own redemption (nothing murders the spirit of art like becoming "devout.") but he still feels responsible for his younger sibling/s. In this way he is the Eugene O'Neill of modernism's second century, always taking a step back and apologizing for his sudden, terrifying lurches.

Anderson's cinema is the cinema of closing and awakening, sleeping and opening, caressing and punching, the relentless evolution of change; he loves to cut from young kid close-ups to old faces; life and death, joy and despair, all spot-welded to ELO songs. The momentum of his tracking montages--in MAGNOLIA particularly--creates a tangible sense that death is present, inescapable, and may have even already visited, and either way will be back around again once enough tocks have ticked.

Anderson pokes where people don't like to be poked, forcing the alchemical transfiguration every locked-down ego resists. Anderson imitates God in his use of synchronicity and coincidence and death and pain as tools to bring his hyper-orbiting characters to crashing standstills. No matter how bad the panic attack you're having while watching, Anderson will save you, his cinema runs up alongside the most terrified bucking bronco of a gaze and whispers it down to a gentle canter, like some Paul Bunyan rodeo clown. 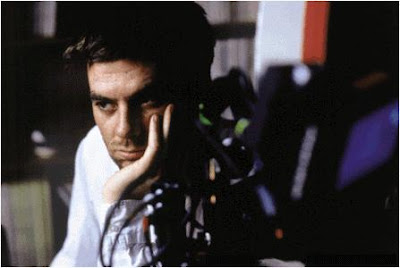 So... Griffith, O'Neill, the Paul Bunyan rodeo clown. Three metaphors, unconnected yet all part of Anderson's cinema, one that lies outside the symbolic order that enslaves the elephantine productions usually considered Oscar-worthy. It is a cinema that breathes rapidly, hysterical, goes to vomit and comes back calmer, and then does it again, and you wind up holding its hair. You fall in love with this strange new cinema's hair, red and long; it's Julianne Moore's, and the clock is ticking, and every second of this three-hour movie you are watching seems like precious manna. Why would shots of Daniel Day Lewis hacking at rock feel so liberating? Anderson brings back John Henry the steel driving man, and we realize we've been gasping for him like mythic air, drowning in the stale sea of recycled market researched cinematic pap. Anderson's tracking shots lead us out of the cave of shadows, to the precious moment where every hour is your last hour on earth, and therefore the total enlightenment of the self is exposed; no repressed shadow shall survive his scythe.
at September 17, 2010