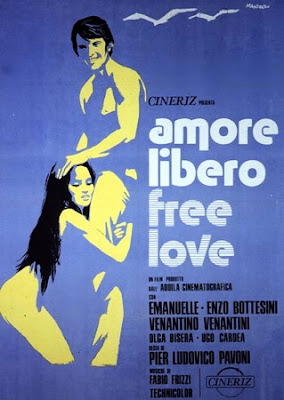 Born Laurette Marcia Gemser in Java, Indonesia a few weeks before Halloween in 1950, Laura Gemser came of age in the Dutch city of Utrecht after her parents relocated to the Netherlands just before her fifth birthday. A bright student with an interest in the arts and fashion, Gemser found herself enrolled at Artibus Art School in Utrecht in her late teens. While enrolled at Artibus, Gemser's striking good-looks led to a blossoming modelling career and soon she was being featured in various Belgium fashion and men's magazines.

It was her sudden success as a model that made Laura Gemser relocate from The Netherlands to Italy in her early twenties and film offers soon began to trickle in. Gemser's first film, Amore libero-Free Love, would be shot in 1973, and released in 1974, just before Laura's 24th birthday. 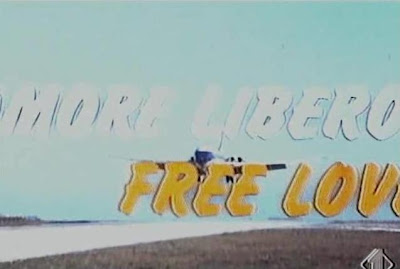 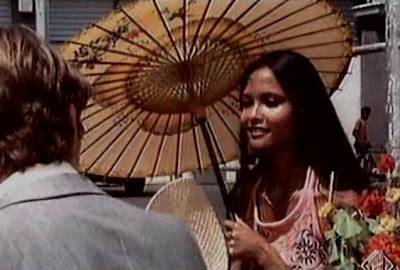 Directed by Pier Ludovico Pavoni, Amore libero-Free Love is a picturesque, if vacant, production that survives solely on its glorious locations and Gemer's incredible charisma. Better known for his terrific work as a cinematographer on works such as Mill of the Stone Women (1960), Pavoni's directorial credits include just three films, with Amore libero-Free Love being the second. The story, what there is of one, centers on a lonely engineer named Francesco (Enzo Bottesini) who, while searching for a missing miner on a beautiful tropical island, begins an affair with a lovely young woman named Janine (Gemser). 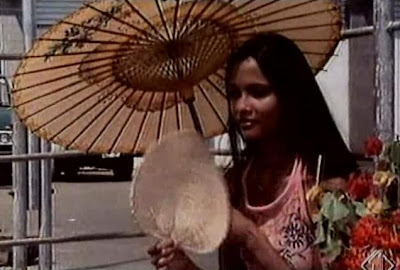 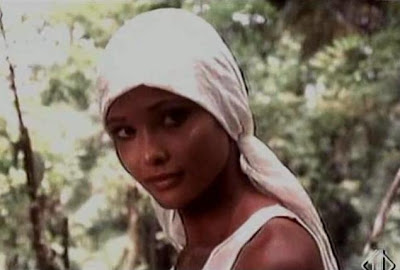 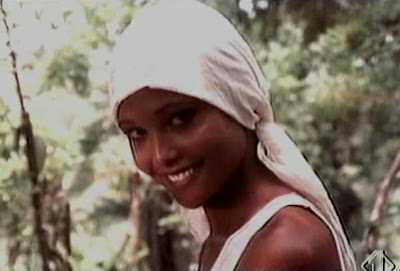 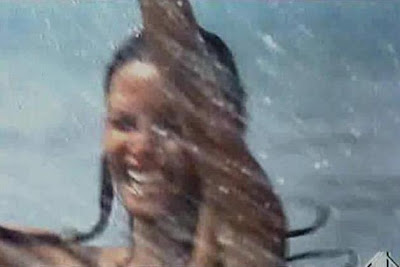 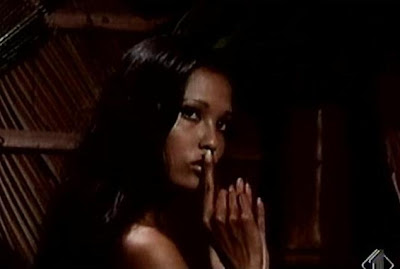 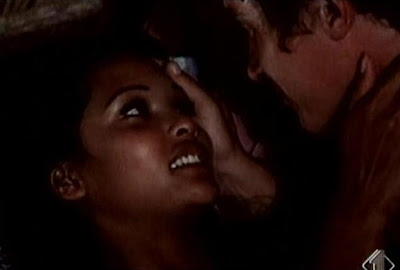 Amore libero-Free Love is a fairly pedestrian film and Pavoni doesn't show a lot of flair as a director, although to his credit he was smart enough to realize the main selling points of his film were the island and Gemser. Clocking in at under 90 minutes, Amore libero-Free Love never completely outstays its welcome and as a eye-popping travelogue it's quite a functional film and Gemser shines in her first role, even though ultimately Pavoni doesn't ask a lot of her other than just being gorgeous. 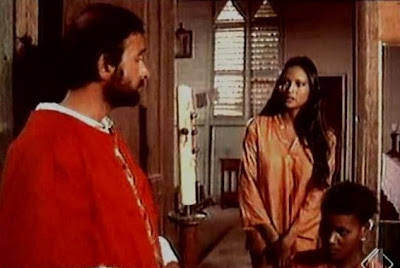 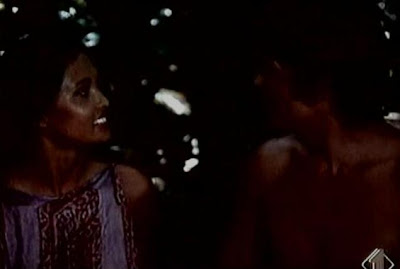 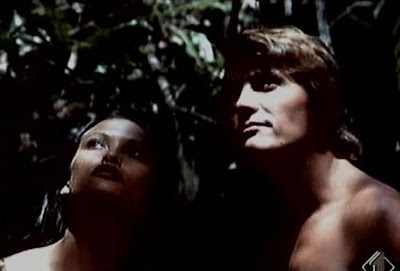 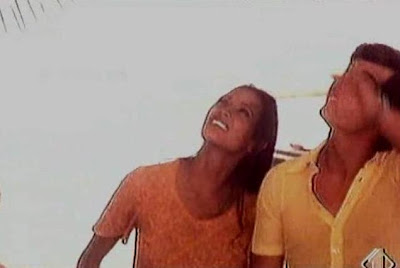 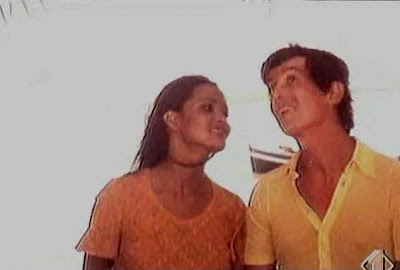 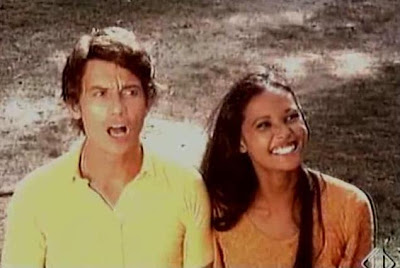 Amore libero-Free Love wasn't the easiest film to track down, when I first saw it, and my copy comes from an old television broadcast. It was released as The Real Emanuelle, to capitalize on Gemser's legendary films as Black Emanuelle, by MyA DVD a few years but apparently they utilized a print as poor as my copy. While it is understandable why MyA retitled the film, Amore libero-Free Love is actually a much more innocent and tamer work than those later Joe D'Amato films, although it can be seen as a bit of an early run-through in certain aspects. 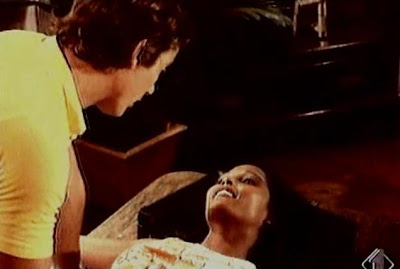 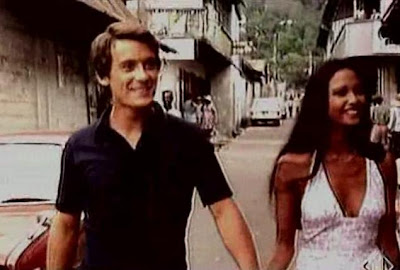 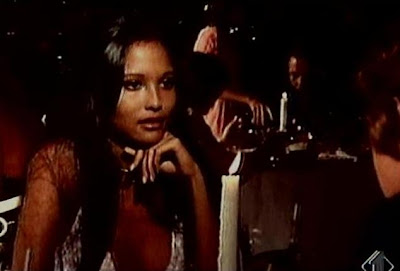 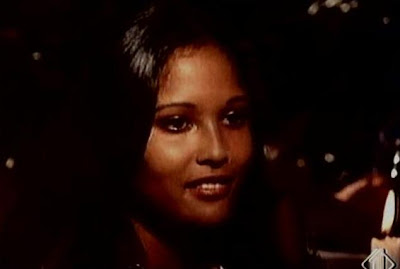 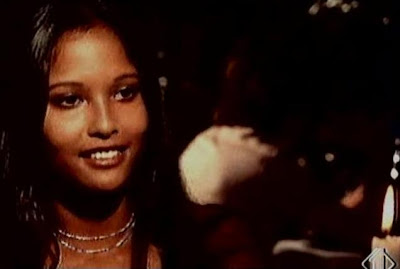 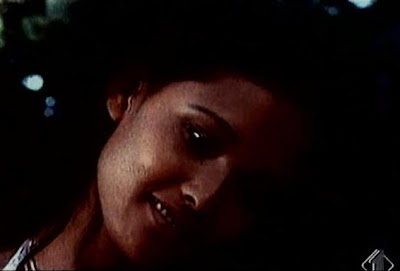 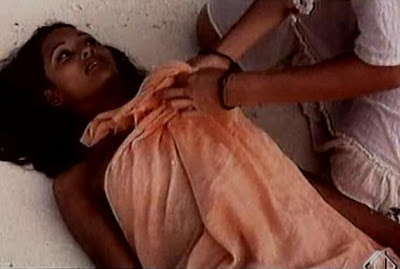 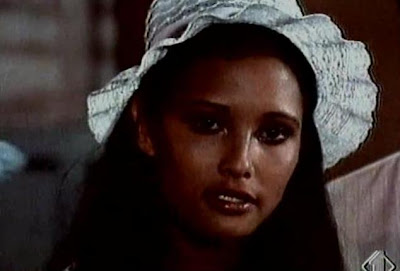 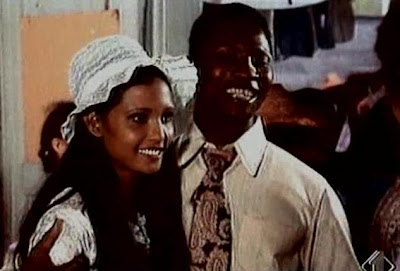 ***Harry Moseby Confidential was a mostly visual-based blog dedicated to the seventies that I have maintained, on and off, for the past several years. I have recently shut the site down and will be transferring the best of the Moseby posts to Moon in the Gutter and my Tumblr site, Gutter on the Moon, with added text when needed.***