A Most Unexpected, but Very Welcome, Return: John Lydon's glorious This is PiL 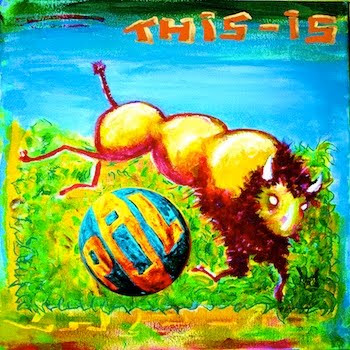 More than three decades after the release of his stunning The Flowers of Romance, one of the most uncompromising and brilliant records in all of popular music, John Lydon has finally delivered a worthy follow-up. This is PiL, the first album from Lydon's Public Image Limited, is a thrilling return to form and a hard kick in the face to the many fans, myself included, who had written Lydon off as an artistic force to still be reckoned with years ago.
A totally self-financed recording, a fact that suddenly makes all of Lydon's recent (and often puzzling) endeavors make sense, This is PiL finds the former Mr. Rotten once-again in raging experimental mode melding together early influences like Can and Roxy Music with his own astonishing back-catalogue into something incredibly alive, new and vibrant. This is PiL is one of the most necessary albums I have heard in a long-time and, for those of us who have been so desperately wanting Lydon the mad genius to make a comeback, one of the most emotional. The 12 songs making up This is PiL aren't just operating as a reminder to the listener of John Lydon's towering importance in popular music but, I suspect, are a personal reminder as well.
One of John Lydon's great gifts as an artist is his ear for great musical talent and his unnerving ability to find the perfect match for whatever creative outlet he wants to plug into. From the celebrated teaming of Lydon with Matlock and Jones to Levene and Wobble to just as important, but less-often mentioned, collaborators like Martin Atkins and John McGeoch, Lydon has an incredible knack for finding the perfect collaborators and with This is PiL he has brought together one of his great units, a punk-supergroup if you will, consisting of Lu Edmonds (The Damned) on guitar, Bruce Smith (The Slits) on drums and session-favorite Scott Firth on bass. Recorded in Steve Winwood's countryside Cotswolds studio, This is PiL is a brilliantly played and realized album that stands as an absolute group-project with a totally re-energized John Lydon leading the blistering charge.
While all of the post Flowers of Romance PiL albums contained moments of sporadic brilliance from Lydon they were all over-produced and, at times, sounded like the diary of a lost artist pushing against a collapsing wall of sound. This is PiL is thankfully the best sounding album they have made since their monumental Metal Box. Lydon and his crew's self-production is unfussy and clean and serves to highlight considerable gifts of each player with Edmond's dazzling guitar work and Lydon's ageless vocals getting the best treatment. From the audacious opening title track (which features one of Lydon's most sinister and growling vocals since First Issue) to the epic closer Out of the Woods, This is PiL is a major aural treat that stands far removed from the busy work Lydon did in the late eighties and the messy high-volume, low-dynamics that plague most modern records. 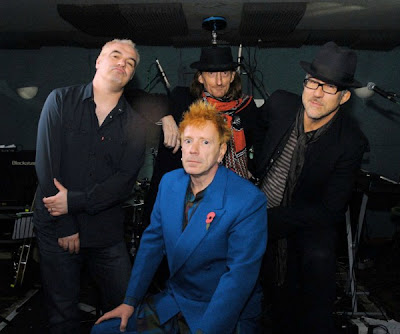 "You are now entering PiL zone!" Lydon screams over the charging opening track and it sounds both like a welcoming and a dare. Recalling First Issue's "Theme", as well as taking a sly-stab at Lydon's exiled greatest collaborator Keith Levene's Commercial Zone, "This is PiL" also features an eerie musical connection to the chilling The Order of Death, the mesmerizing instrumental that closed out the spirit-crushing This is What you Want This is What You Get. Lydon seems aware from the get-go that this is it...this is his do or die moment to bury all of the mistakes and disappointments of the past few decades and reintroduce himself as one of rock's great pioneers and over the next thirteen tracks he does exactly that.
Lydon's greatest single since "Rise", "One Drop", effectively open the record and it's as thrilling a track as it was when I first heard it several months ago. An unabashedly autobiographical song in which Lydon once again aligns himself with London's youth that "come from chaos", the track, like all of the album, offers up a powerful mixture of dub, punk, classic-rock and even pop into something quite astounding. With a voice weathered, but remarkable untouched by time, Lydon rides along with Firth's driving bass-line and Edmonds soaring guitar parts. It's a majestic track that joins the ranks of Lydon's best and most personal creations.
The magnificent "One Drop" is a hard track to follow but one of the main strengths of This is PiL is its consistency and the blistering "Deeper Water" is just as great, sounding like some sort of great lost post-punk track from 1981. Smith (so integral to The Slits masterful and undervalued Return of the Giant Slits) and Edmonds particularly hit on a groove here and Lydon's booming vocals are nothing short of astonishing as he goes forward into his own personal deeper waters, "in spite of the danger". A triumph...

Perhaps the most refreshing thing about This is PiL is just how justifiably angry a recording it is. Lydon, at his best, is one of our great social commentators and he certainly has much to rage against these days and with tracks like "Terra-Gate" and "Human" he rails against a world political system that seems obsessed with snuffing out the lower and middle-class. Rage pulsates throughout the almost schizophrenic word-association puzzle of "Terra-Gate", and "Human" finds Lydon struggling with the idea of what exactly constitutes a connection between a corrupted elite and the have-nots, who are often too beaten into submission to even question what is happening to them. "Listen to me, they are not good enough for you!" Lydon screams in "Human", as bracing a look at the evils of the modern class system that has been layed down on vinyl in decades.

One of the brilliant tracks that joined "One Drop" on the Record-Store Day EP that Lydon dropped a couple of months back, "I Must Be Dreaming" is quite unlike anything he has ever delivered. Lydon has namechecked Bryan Ferry and early Roxy Music as a major inspiration before but this is perhaps the first time I have ever detected the great Ferry's vocal stylings in one of Lydon's tracks. The anger turns inward on "I Must Be Dreaming", with Lydon admitting that it is time to, "stop dreaming" and get back down to the business at hand even if it means he will again be, "feeling the pain again." If The Sex Pistols have become just a business opportunity then PiL is surely Lydon's true and personal artistic-outlet.
If the spoken-word pieces "It Said That" and "The Room I Am In" are among the most experimental pieces Lydon has attempted since to darker recesses of Metal Box and The Flowers of Romance then "Lollipop Opera" is one of the most joyous. There has always been a glorious sense of the mad prankster in Lydon and "Lollipop Opera" is a wonderfully giddy and manic attempt to, as Lydon recently wrote, "sum up Britain and all its wonderful ambidextrousness!” "Lollipop Opera" sounds like the crazy creation of an artist in the early twenties, overflowing with ideas, so the fact that it was created by a group of men mostly well past their fifth decade on the planet is quite amazing.
Along with "I Must Be Dreaming" perhaps the most surprising sounding song of This is PiL is the almost blues-driven "Fool". Lydon has never sounded quite so soulful and, while the song is lyrically the weakest on the record, "Fool" adds another dimension to a voice that has always sounded quite like no other.
If This is Pil has one near throwaway moment then it is its penultimate track, the odd "Reggie Song", an impenetrable track that benefits from the bands energetic playing but ultimately just feels like a less-challenging creation than anything else on the album.

Thankfully This is PiL closes with one of John Lydon's most devastating and trailblazing tracks, the nearly ten-minute "Out of the Woods". Opening with a Space and Kraut-rock inspired introduction, "Out of the Woods" is as grand and incredible as anything Lydon has ever delivered. A strange creation, partially based on by the American Civil War's Battle of Chancellorsville, "Out of the Woods" is one of the most mysterious songs Lydon has created since Metal Box's bone-chilling "Poptones". Lydon has stated that the long-track was inspired by, "a fella called Nelson Windbrush, who was a school teacher in Florida, and his great-grandfather was a black confederate soldier – a free man – who volunteered to join the confederate army." Lydon would go onto say that he was struck by "a black man's history within American history" and the fact that it "causes so many problems when you raise it in conversation. This song ties in with all that. It's very interesting." Interesting indeed and it serves as a much-needed reminder that part of Lydon's recorded legacy has always been centered on the issue of human rights and equality. People can try and pigeonhole him as just black-hole of negativity but from "God Save the Queen" to "Acid Drops" Lydon's most stirring trait is not just his ability to point out what is wrong but his willingness to ask us to fight against it. The final lines of "Out of the Woods" are a repeated "We are good", a sentiment that is as resounding a statement for 2012 as "No future" was for 1977. 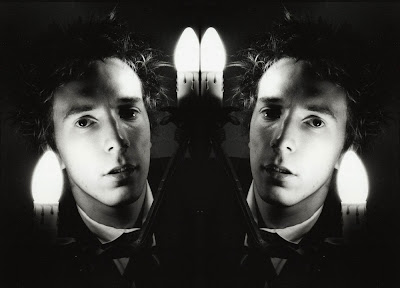 This is PiL has really shook me up. It's not just the album I wanted from John Lydon but the one I needed. I once wrote that, "John Lydon broke my heart the way few other artists ever have", a statement that I now recognize as having more to do with my own downfall rather than Lydons. Still there is no denying that it has been hard to look and listen to the post Flowers of Romance John Lydon without yearning for the days of Levene and Wobble but with This is PiL Lydon has delivered the sort of grand comeback we want for so many of our great seemingly lost artists but rarely get. Whether This is PiL will be a new, or closing, chapter remains to be seen but I will never doubt John Lydon again. It feels good to have one of my heroes back again..it feels great in fact and listening to This is PiL fills me with as much inspiration at 39 as I got when I discovered Never Mind the Bollocks at 15 and Metal Box at 17.

***For more information on the great legacy of Public Image Limited please visit any of the official links above or this absolutely essential fansite, one of my favorite stops on the web.***