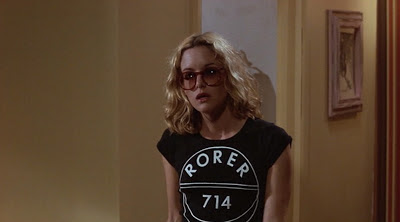 Paul Schrader's Hardcore (1979) has long been a favorite film of mine but I feel as though I view the movie differently than most, and probably differently than the way Schrader intended.  To my eyes the film is about a truly despicable man who loses a daughter due to his coldness and oppressive belief system and then gets a shot at redemption with a surrogate daughter, whom he abruptly abandons after 'rescuing' the first. 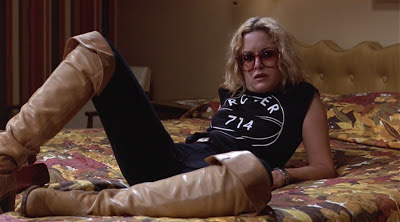 I've always found it interesting that one of Hardcore's biggest influences is John Ford's The Searchers, another film featuring a 'heroic' father figure that I find to be an absolutely revolting human being.  Hardcore might not be as 'great' of a film as The Searchers but I think it's a more interesting one as I feel like one of the most notable aspects of it is Schrader's own mixed feelings towards his subject matter...whereas I feel like The Searchers is finally just an vile racist work disguised as a social commentary. 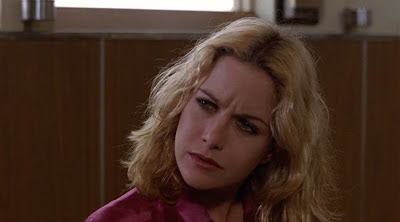 Perhaps I will eventually write about the very difficult, and quite brilliant, Hardcore but for now I just want to salute the incredible Season Hubley, who gives one of the bravest and most complex performances I have ever seen as Niki, the young woman who sees a glimpse of light in George C Scott's character Jake Vandorn before being completely discarded by him during the film's heartbreaking conclusion. 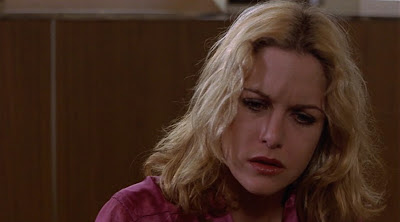 Season Hubley was in her late twenties when she appeared in Hardcore and she was coming off a decade that had seen her working in various films and television programs to relatively little notice.  She had just delivered a scene stealing performance as Priscilla Presley in John Carpenter's Elvis when she signed on for Hardcore but she had never been granted as challenging a role as Niki...and sadly she wouldn't after either. 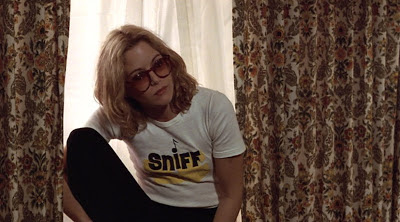 While she only appears in a handful of scenes in the second half of Hardcore, Hubley's work shows that she really was one of the most talented, and sadly underused, actors of her generation.  She not only holds her own with the volcanic Scott, she steals every moment she's in with a performance that so precise and so finely-tuned that not a trace of 'acting' can be seen.  The fact that she is able to project so much even though Schrader has her wearing sunglasses through most of her moments on screen makes the performance all the more remarkable. 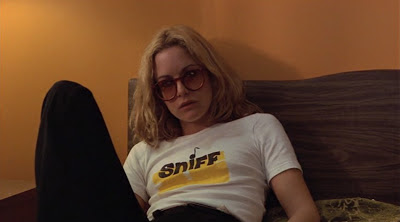 Hubley's work as Niki is unbelievably brave, extremely captivating and finally just gut-wrenching.  I still can't believe that her performance didn't bring her more attention and better roles after.  Within a year she would be stuck again making TV movies, with only sporadic films like Vice Squad (1982) appearing every few years.  She would close out her career in the nineties, with her work on the Soap All My Children probably bringing her the most fans and notice. 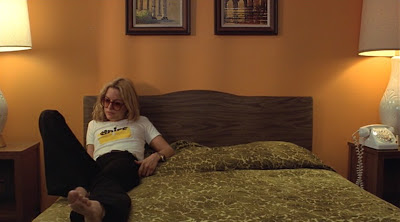 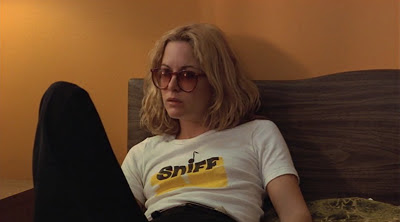 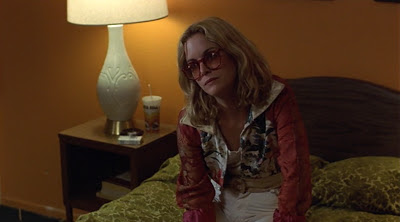 Despite the fact that Season Hubley was never again granted the kind of meaty role like Niki I am grateful that we at least have that one role.  It really is one of the most amazing performances I have ever seen.  For more information on the life and work of Season Hubley, check out this fine tribute blog. 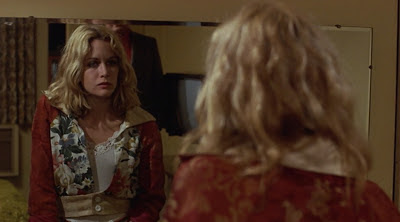 Fantastic! Season Hubley was wonderful in Hardcore (a movie I often reference, but few people know).

Thanks so much Staci!

Great, brave role for Hubley, indeed. Certainly her career was negatively affected by her divorce with Kurt Russell in the early '80s, with whom she had a young son, Boston. To deal with the divorce battle and fallout from that, and care for their son, she gave up some prime years of her career. IIRC, director Gary Sherman discusses this on the commentary track of the VICE SQUAD DVD...she is superb in that film.