The Collapse of an 8mm Amateur: Krzysztof Kieslowski's CAMERA BUFF (1979) 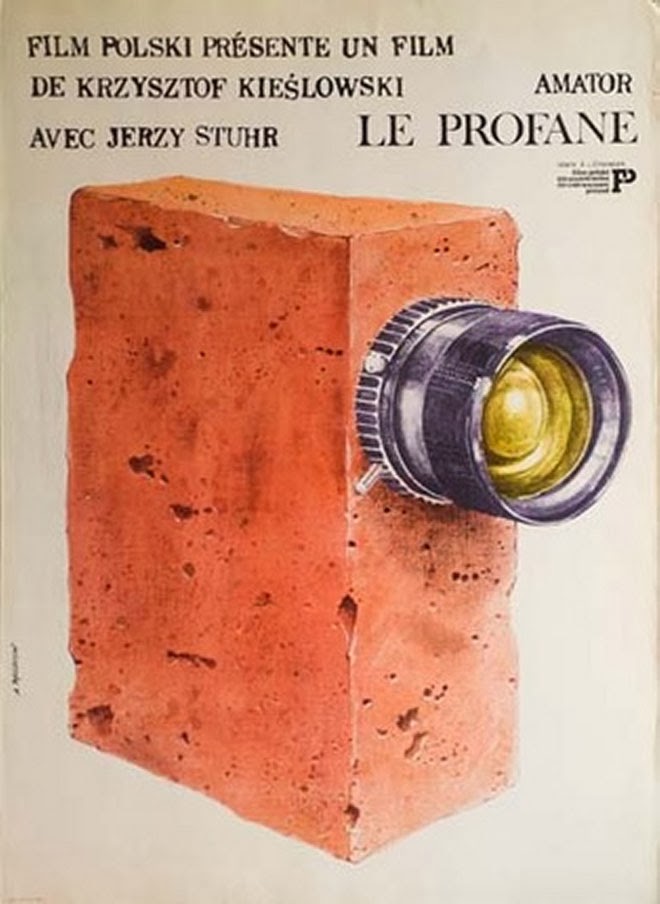 More than a decade before he mesmerized audiences with masterful works like The Decalogue (1988), The Double Life of Veronique (1991) and the Three Colors Trilogy (1993-1994), Polish born filmmaker Krzysztof Kieslowski had mainly worked in the field of documentary shorts. While some of these shorts had been fictional works, it as a documentary filmmaker that Kieslowski had initially made his name, throughout his first full decade, as a director in the seventies.
Camera Buff (also known as Amateur) was not Kieslowski’s first feature-length narrative film (he had previously shot both The Scar and The Calm in 1976) but it was his first truly accomplished fictional work. Like his later more well-known works, including Blue (1993) and Red (1994), Camera Buff shows Kieslowski as a supremely gifted artist and storyteller and it remains a sometimes dazzling, if mostly subdued, opening chapter to one of the most important film careers of the modern era.
Relatively successful middle-class factory worker Filip Mosz and his wife have recently welcomed a newborn baby into their lives. Filip buys an 8mm film camera with the hopes of capturing his new child in the early stages of its life. What he thought would be an innocent hobby turns serious when his boss asks Filip to begin using the camera to film his company’s board meetings. Soon Filip has a film crew at his disposal and his once happy life is altered as he becomes more and more obsessed with the idea of capturing what is real, even if it means putting his marriage and career in jeopardy.
Camera Buff is a significant film in not only Kieslowski’s career but also Polish film in general, as it manages to be not only a truly transcendent personal work but also a pointed political one, as it carefully criticizes the cloud of censorship that had hung over Kieslowski’s generation. Kieslowski shows the process for a young filmmaker to be a difficult one, as personal visions were often subjected unfairly to an outside authoritative hand.
Camera Buff is, at its core, an extremely serious film but it contains the particular kind of wit and warmth that seems specific to certain Kieslowski works, like the often-undervalued White (1993). Few directors have ever come close to matching Kieslowski’s ability to get inside the spirit of a soul in transition and Filip, like Kieslowski’s greatest characters, is very much a man in crisis but by the film’s final frames, in which he bravely turns the camera on himself, he has had a very valuable and necessary spiritual breakthrough.
While it lacks the refinement of Kieslowski’s later films, Camera Buff is a beautifully composed work that shows the influential filmmaker stepping away from the grittiness of his early documentary style and into a more polished cinematic technique. 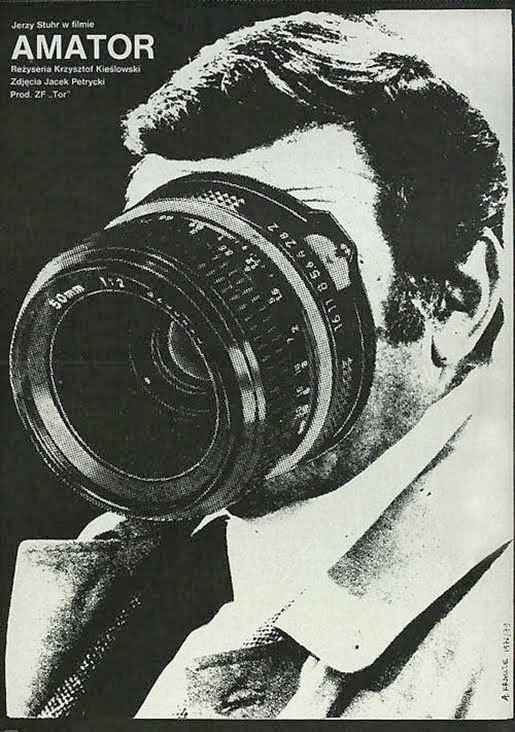 Camera Buff is ultimately about a man’s growth as a filmmaker and one can easily draw a parallel to Kieslowski’s own strides at the time. Camera Buff might be a transitional piece in Kieslowski’s career, but it is an undeniably important one. Camera Buff wouldn’t completely solidify Kieslowski as one of the great filmmakers of his generation but it served as fair enough warning that, even at this early stage, he had qualities that few of his peers could match. While nowhere near as perfect as his triumphant run of final films, Camera Buff is a wonderfully rendered and moving work that acts as not only a meditation on the human condition but also cinema itself.

-Jeremy Richey, a rejected Directory of World Cinema piece from a few years back revised in 2014-
at February 11, 2014 No comments: