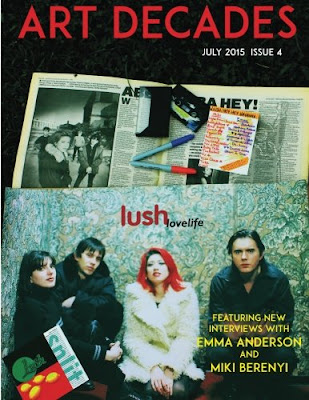 The new issue of ART DECADES, featuring brand new interviews with Emma Anderson and Miki Berenyi of Lush, is now available on Amazon.

Copies can also be ordered from us for 15.00 postpaid in the U.S. (via paypal at mooninthegutter(at)gmail.com). 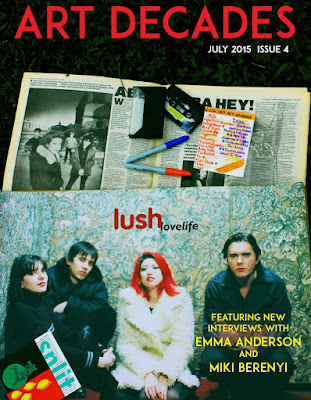 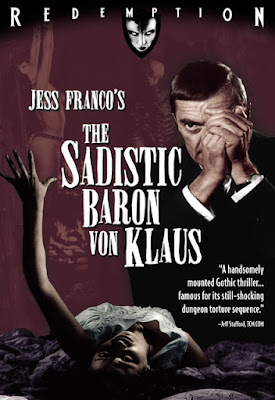 While I have never been prone to jealousy, I must admit that I am sometimes awash in that ugly emotion when I think about younger cinema fans who have discovered the great works of the late Jess Franco in the digital age. This has been especially true in the last several years when it seems like hardly a month goes by without some jaw dropping special edition release of what were once some of Franco's hardest to see works. 2015 has already been a banner year for Franco releases and the year is just barely over half over. One of the newest discs is Kino Lorber/Redemption's Blu-ray and DVD release of the terrific early gem from Spain's greatest cinematic outlaw, The Sadistic Baron Von Klaus. Originally released in 1962 as La mano de un hombre muerto, The Sadistic Baron Von Klaus isn't as famous or as well regarded as Franco's other 1962 masterwork The Awful Dr. Orlof but its a supremely well-crafted beautifully composed work that more than stands the test of time. Punctuated by the beautiful black and white photography of Godofredo Pacheco (who also shot Orlof), The Sadistic Baron Von Klaus is for the most part one of Franco's most restrained and traditional works but it's sustained by a tone that is both surprisingly humorous and predictably sinister throughout. Plus it has an unsettling set-piece late in the film that is still as shocking and transgressive as ever.
A number of Franco regulars are present in front of and behind the camera for The Sadistic Baron Von Klaus including the always memorable Howard Vernon as Max Von Klaus and the great Daniel White is also on board providing the film's evocative score. Fans mostly familiar with Franco's later more unhinged films might be surprised by just how controlled and steady Franco's work here is but it is undeniably a work that could have only been made by Jess Franco and it has his stamp all over it from the first frame to the last.
Unlike a number of their other Franco releases from the past couple of years, The Sadistic Baron Von Klaus arrives on Blu-ray without any notable extras. The film's trailer is the only supplement fans are granted with this release but the new HD transfer is mostly very pleasing and is a marked improvement over Image's original DVD that was a part of their late nineties Euroshock Collection line.
-Jeremy Richey-
at July 01, 2015 2 comments: