A New Book On Sylvia Kristel Coming in 2017 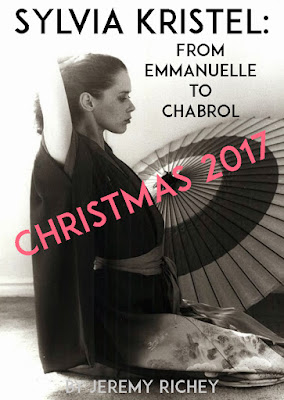 I am happy to announce that I have begun working on my first book, which I am going to try and have ready to publish by Christmas of next year. Tentatively titled SYLVIA KRISTEL: FROM EMMANUELLE TO CHABROL, this book will focus on the European film career of Sylvia Kristel from 1973 to 1979. The book will extensively cover each movie Kristel made in Europe, with particular attention being paid to the striking series of films she made with some of the world's greatest filmmakers, including Walerian Borowczyk and Claude Chabrol, before an ill-fated move to Hollywood all but ruined her career. I will be drawing on years of research I have already done and the book will include some of my large personal archive of promotional materials I have collected. The book will also include interviews with some of the artists that worked with Kristel in this period and I am going to try and visit her home in Utrecht before its publication. Official pages will be set up soon to track the book's progress and some exclusive content is being prepared for ART DECADES as well. -Jeremy Richey-
at July 14, 2016 1 comment: