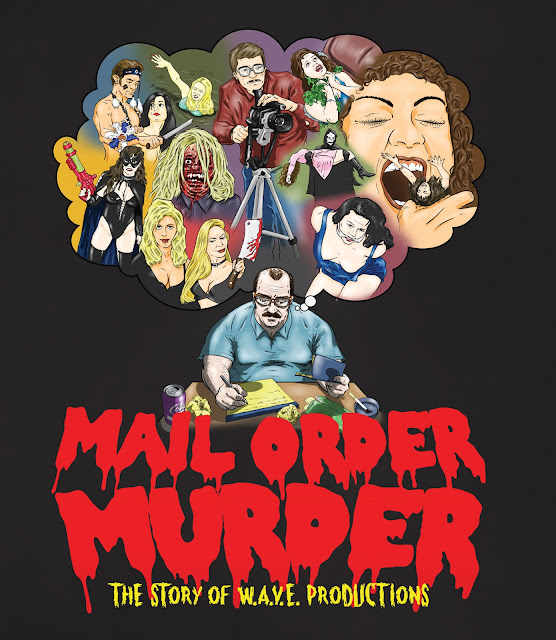 Interviewed by George Hickenlooper for his acclaimed Hearts of Darkness: A Filmmaker's Apocalypse, Francis Ford Coppola still had the exhausted look of someone who never wholly recovered from shell-shock.  It had been more than a decade since Apocalypse Now, but Coppola had still not been able to fully emerged fully intact from the wreckage.

Recalling the chaotic creation of his masterful film and, perhaps more importantly, the corrosive impact of the American studio system, Coppola shared his hope for the future of cinema:

"To me, the great hope is that now these little 8mm video recorders and stuff have come out, and some... just people who normally wouldn't make movies are going to be making them. And you know, suddenly, one day some little fat girl in Ohio is going to be the new Mozart, you know, and make a beautiful film with her little father's camera recorder. And for once, the so-called professionalism about movies will be destroyed, forever. And it will really become an art form."

Cinema has always been a contradictory art form in how relatively cheap it is to consume but how traditionally cost-prohibitive it is to create. Anyone could pick up a paintbrush or put pen to paper, but moviemaking required cash and often lots of it. The expense remained a significant barrier until the mid-fifties, when technological advances made the idea of filmmaking a much more democratic one. The decades that followed brought one change after another, all of which made it easier and more affordable for aspiring directors.

By the time Apocalypse Now finally premiered in the late seventies, Coppola was one of several filmmakers excited about the possibilities that the new home video formats, such as Beta and VHS, would eventually bring. A Corman veteran, Coppola knew that a revolution was afoot, and he began to embrace the new technology while making his extremely ambitious follow-up to Apocalypse Now, One from the Heart (1981).

So what in the hell does all of this have to do with a company that put out titles like Sleepover Massacre and Hayride Slaughter? Well, nothing and everything. Unlike Coppola, most established filmmakers refused to embrace the VHS revolution of the eighties, leaving a vast creative hole that many young aspiring artists leaped into without question. One of these blossoming figures was a math teacher named Gary Whitson, a New Jersey filmmaker who took advantage of VHS's new freedom by starting his film and mail-order company in 1987. He called it W.A.V.E. Productions.

Starting with Sisters (1988), W.A.V.E. Productions has released more than 400 titles, many of them custom-created for fans. Some of their most famous titles would sneak onto the shelves of mom and pop video shops throughout the eighties and early nineties, introducing an entire generation to the joys of no-budget shot on video entertainment.

W.A.V.E. was a product of capitalism, but their films were anti-commerce in every way. Embracing the limitations of VHS, W.A.V.E.'s film's dedication to amateurism remained a trademark of all of their productions. Whitson welcomed everything that a 'good' filmmaker rejects. This defiant attitude gave W.A.V.E. a positively revolutionary feel that was even more punkish than any of the other VHS-based companies of the era. 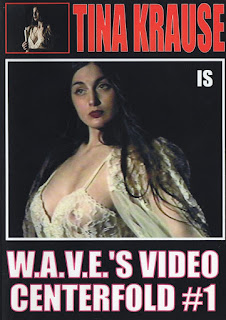 W.A.V.E.'s delightful rejection of all the ridiculous rules placed on filmmaking became their calling card. Just as important was the on-screen talent that became a staple of the companies releases. It was the era of the 'Scream Queen,' and actresses like Tina Krause, Pamela Sutch, Debbie D, Laura Giglio, Deanna Demko, and Clancy McCauley became underground sensations via their wild work with W.A.V.E.

Ross Snyder and William Hellfire's fantastic new documentary Mail Order Murder: The Story of W.A.V.E. Productions tells the unforgettable story of a significant underground American company. Extremely entertaining and informing, Mail Order Murder is one of the most enduring and entertaining documentaries in recent memory. Featuring new and insightful interviews with dozens of W.A.V.E.'s most essential players, Mail Order Murder is a fine film that never outstays its welcome during its 97 minutes running time. Even those with no interest, or knowledge, of W.A.V.E., will find much to love here as Mail Order Murder is more than just a documentary on a low-budget film company. It is a valentine to an all but lost period in our culture and a much more honest account of the wild west of the late eighties home video market than any of the other many VHS-obsessed films in memory.

Mail Order Murder: The Story of W.A.V.E. Productions is the first release from Saturn's Core Audio & Video through Vinegar Syndrome, and it is a grand slam. The documentary alone warrants the highest recommendation, but this new Blu-ray also includes many vital extra features. The extras include a terrific commentary track by Hellfire and Snyder, extended interviews, a fun Debbie D. music video (this damn song will be in your head for days), and a fascinating public access appearance. Best of all the extras is an entire bonus movie, W.A.V.E.'s wonderfully entertaining and goofy Wave of Terror (1988).

Like the best documentaries, you don't have to be a fan of the subject matter to enjoy Mail Order Murder. Anyone with even a passing interest in film history, or eighties/nineties pop culture, in general, will find much to love in this highly endearing documentary.  Mail Order Murder: The Story of W.A.V.E. Productions is a real winner and amongst the best home video or releases of the year.