Bjork On The Fountain 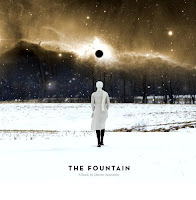 While I am attempting to formulate a halfway intelligent post on THE FOUNTAIN I thought I would share a couple of quotes from Bjork on the film. I came across these on a great discussion going on about the film over at the Criterion forum. One is from a Stylus magazine feature and another is from an interview with Aronofsky at The Guardian. Links for both interviews will be provided below. Apparently Bjork really took the film to heart and it influenced her newest album, the very fine and exciting VOLTA.

Question (Stylus): "You’re clearly an “artist” as much as a musician—what are some of the more affecting pieces of artwork or film or design or theater you’ve seen in the past few years that might’ve given Volta some of its shading?"

Answer (Bjork) "I was really impressed with [Darren Aronofsky’s film] The Fountain. It was refreshing to see someone expressing visually their inner spirituality without it being full of organized religion. There was more personal spirituality, which is how I feel we are all on the inside."

Then the added thoughts from The Guardian:

Björk says: "With Darren Aronofsky's The Fountain, maybe it was a relief to see him portray a spiritual world that was so idiosyncratic at a time when I feel so overwhelmed by religion. It's so strange that the inner- most secret place in a person is their spiritual belief, and something as mass-produced as organised religion can just storm in there. The Fountain is not Christian or Jewish or Muslim -it's areligious; not against or with it. It's just alternative."

...
The spirituality in THE FOUNTAIN is one of the main things I respond to so it was really nice to see an artist I respect as much as Bjork express these thoughts.

Finally in an interview with New York magazine Aronofsky listed his own personal influences in making THE FOUNTAIN. They are:

Sergio Leone’s Once Upon a Time in America

Regular readers of this blog will no doubt recognize some of my favorites are on there. THE HOLY MOUNTAIN connection seems pretty obvious but I was very thankful to see ONCE UPON IN AMERICA pop up. This isn't a connection I would have made but the structures of the films are similar in the way that the past, present and future are all closely connected, plus the main characters sense of guilt and memories of a lost love.
I hope to be posting my own thoughts of THE FOUNTAIN soon, it is a film that I am feeling very close to so I don't want to throw out just a casual post on it.

The discussion at the Criterion forum shows perfectly just how much this film is dividing people and it is extremely interesting reading.

Bjork's new album is now available and is a fine addition to one of the most innovative catalogues in popular music.
at May 23, 2007

Email ThisBlogThis!Share to TwitterShare to FacebookShare to Pinterest
Labels: Alejandro Jodorowsky, Bjork, Darren Aronofsky, Once Upon A Time In America, Rachel Weisz, Sergio Leone, The Fountain