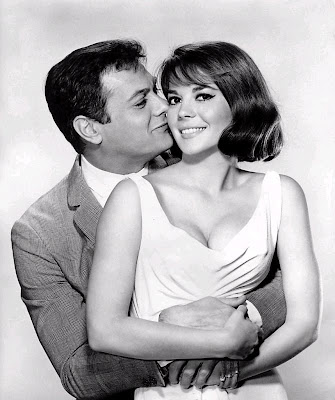 Still one of my all-time favorite movie couples...we just don't have anything like them on the screen anymore.
I thought I was going to meet Tony Curtis a couple of years back, as he was scheduled to appear at an Elvis conference I was attending in Memphis. Sadly some health issues prevented it, but he was kind enough to call the event and we were thrilled to hear his voice on the phone wishing us well and sharing his memories of the young singer that he inspired so much in the fifties. Tony Curtis was the real deal, an unforgettable force on the screen...and he lived a life! I'm sad but I'm thankful as he left such an incredible legacy. Bravo Tony Curtis...Viva Tony Curtis!
at September 30, 2010

How great of him to call that day. Nice memory.

Thanks Tom,
It was a real thrill and it was very nice of him to do.