Well I have managed to get to the top ten of this month-long list without having another December meltdown.  To celebrate this minuscule milestone, I thought I would repost a (slightly edited) version of the piece that kick-started Moon in the Gutter six December's past.  It was indeed the tragic passing of my favorite French New-Wave icon, the incredible Claude Jade, that initially inspired me to start Moon in the Gutter and I wouldn't even think about leaving her off this list.  So here is that post written in another time, in a different place, about an artist that has haunted me all of my adult-life. 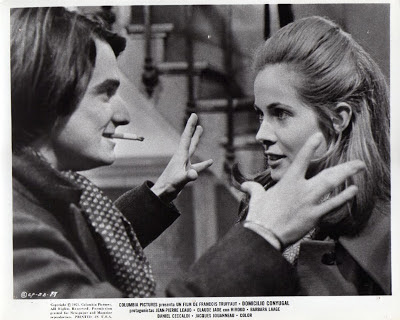 I remember very clearly the moment when I first saw Claude Jade. I was 15 and sitting in study hall flipping-through James Monaco's The New Wave, instead of whatever reading-assignment I was ignoring that day. The book, which would prove so important to me, was a trade paperback with the pages already yellowing, and it's black and white photos becoming less and less clear each time I looked at them. I had found the valuable volume in a used Evansville, Indiana bookstore, called The Book Broker, and it fuelled my new found appetite for French film and especially Jean-Luc Godard. The photos of Claude Jade, of course, were in the Truffaut section and while I had yet to discover the joys of Truffaut her face stuck with me. 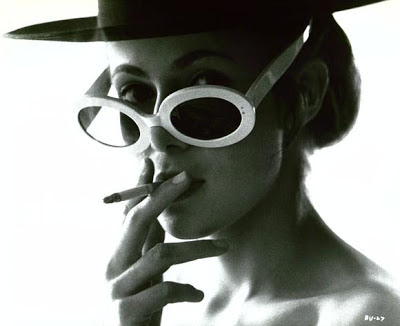 Years later I was at College at the University of Kentucky in a particular cleaning house phase of my life when I rented a number of Truffaut's films from a local video store. Over the period of a few nights I felt transformed by this man and his evocative memory films. Why I waited so long to discover Truffaut I don't know but I found him, and his films, at the perfect time. 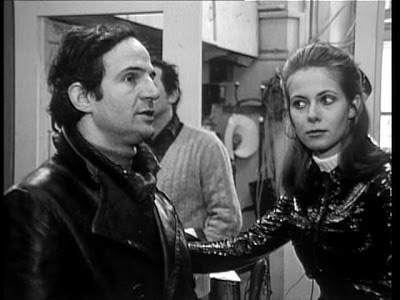 All of the films I watched that week had a profound affect on me but it was the third Antoine Doinel adventure, Baisers Voles (Stolen Kisses), that left me feeling the warmest. Suddenly those blurry black and white photos I had stored in my memory for so long became alive and I could finally see that her hair was as red as I had imagined, and her skin as fair as I had hoped. 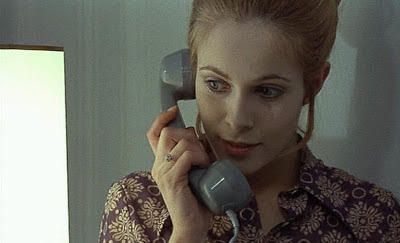 Claude Jade was an accomplished screen and stage actress in France. She won awards, wrote a book and even made a film with Hitchcock but it's her work with Truffaut in three films as Christine Darbon Doinel that I hold so close. 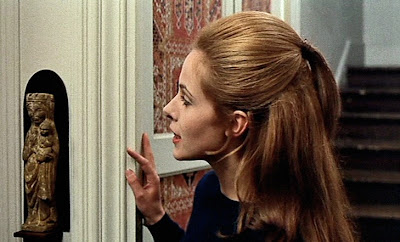 Upon hearing the news that cancer had taken this lovely woman, and talented artist, away made me feel of course very sad but also reminded me of what a wonderful thing it was to be 20. That's how old she was when she made Stolen Kisses in 1968 and that's how old I was when I first saw it around 1993. I think of her as an old friend that I might run into again, a secret crush that I kept to myself, inhabiting a world where things like aging and cancer don't exist. 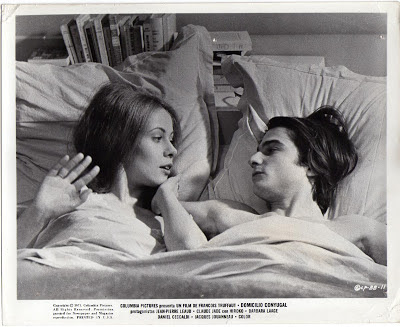 I'm reminded of what Tony Bennett said upon hearing that Frank Sinatra died, "I don't have to believe that" and that's how I feel about Claude Jade's passing. I have no doubt we'll meet again, where we are both frozen in time at twenty, and I'll be able to tell her the role she played in my life and thank her. 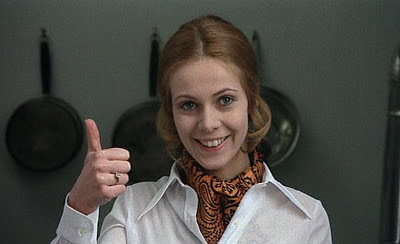 Email ThisBlogThis!Share to TwitterShare to FacebookShare to Pinterest
Labels: 31 Performances Ripe for Rediscovery, Bed and Board, Claude Jade, François Truffaut, Writing on Film