"You write poetry?  I didn't know that." 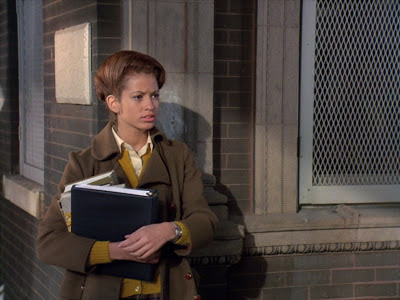 Like the reassuring sound of an often-played but treasured 45, the soulful performance of Cynthia Davis as Brenda in Michael Schultz's extraordinary Cooley High feels sweeter and sweeter with each passing year.  A total novice when she appeared in Cooley High, Davis' work has continued to haunt the many, like myself, who have remained touched by Schultz's powerful coming of age story set in mid-sixties Chicago.
Cooley High remains the one and only on-screen credit for Cynthia Davis, a sublimely gifted beauty who pulled one of the greatest disappearing acts in cinematic history after its release.  Graceful, poetic and witty, Davis had a strikingly subtle quality about her and, I believe, could have developed into one of the most interesting actors of the seventies had she not dropped out of sight after appearing in Schultz's powerful work.
Fans moved and tantalized by her work as Brenda in Cooley High have wondered about the whereabouts of Cynthia Davis for decades.  Rumors have swirled about what exactly happened to Davis for years, with no real hard facts appearing, but most signs point to the notion that she retired from acting after Cooley's High's release to start and raise a family.  Perhaps it is the fact that she never appeared in another film that makes her performance feel so resonate, but, like a particularly sweet memory from my youth, I have never quite been able to shake Cynthia Davis' role in Cooley High and while I often wonder what happened to her perhaps not knowing makes her work all the more special. 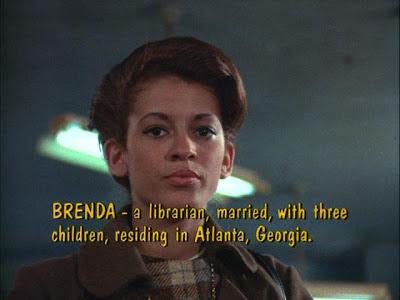 I always wondered what happened with Cynthia Davis. It really was a remarkable performance, one that I still remember fondly from having seen 'Cooley High' first-run. Great spotlight, Jeremy.

A brilliant performance Cynthia I applaud you

I thank you for a remarkable performance
I applaud you

There was a reunion program on the TV One television network and the producers said she passed away ten years ago..

There was a person claiming to be the niece of Cynthia Davis who showed up on a blog a few years ago saying Ms. Davis is doing well and residing in Ohio!

But how did she pass,and how old was she? Because they stated on unsung Hollywood

Well how did she pass,and how old was she? Because Unsung Hollywood stated that she was very young,which lead me to believe that she was younger than the rest of the cast.

She died about 10 yrs ago..she never acted after that role and unfortunately she didn't really have a good life until her demise. You have to remember a lot of the people in the film were not actors. They were people from the neighborhood. She was one of them. She was a local model.

That's exactly what I would like to know too. I can't believe no one kept in touch with one another.

That's what I would like to know also. After the movie's great box office success, how come no one in the cast kept in touch with one another? (Cynthia Davis)

She did act over the years google will tell u

Some woman claiming to be her niece said she's alive in well. That was 2012. But the Unsung Hollywood program aired in 2014 said she died about ten years ago so I don't know what's what.

She is alive and resides in Michigan

Great article on Cynthis Davis. Excellent writing! I really hope one of the two people who claim she is alive is correct. I saw this film over 30 yrs ago. Loved it then and love it today. It remains one of my favorite films. Had a crush on Cynthis Davis. Sure hope she is doing well.

She is alive. That is my first cousin mom and my uncle's ex wife. She lives in Michigan as stated above. Grand Rapids to be exact.

She is alive. She is my first cousins mom and my uncle's ex wife. Lives in Michigan as stated above.

What happen to Cynthia Davis Felton of Cooley 8 1975

Please somebody tell me what happened to Cynthia Davis this is really bothering usthe fans would love to see her if she's alive.

What is the problem? If she is alive and well then why can't she surface to show everyone what's up. Therefore i think she is deceased.