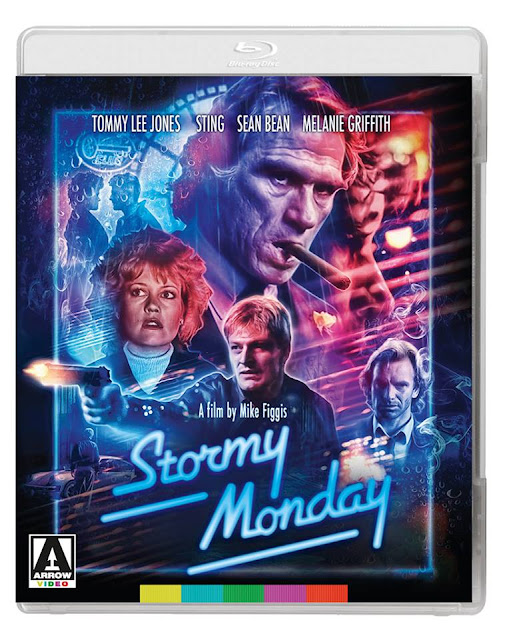 Among the most welcome reissue announcements this year is that Arrow Films will be releasing Mike Figgis' incredible Stormy Monday as a special edition Blu-ray here in the United States and Britain!  One of the eighties most evocative and original works, Stormy Monday has been in long need of a reappraisal and this new Arrow release looks incredible.  From the press release the disc's contents include: