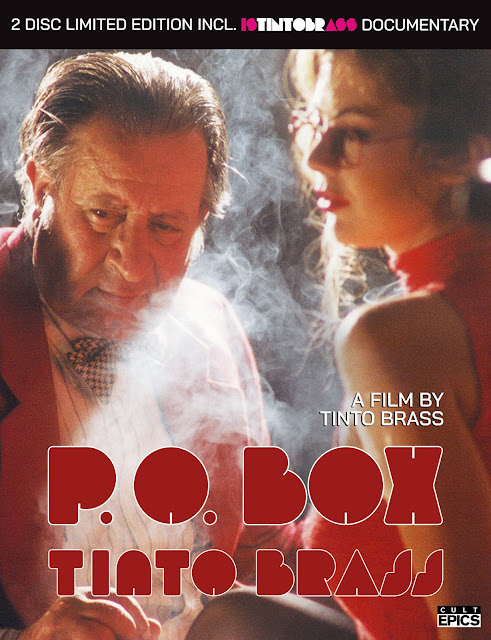 Even better is director Massimiliano Zanin's incredibly well-done career spanning IsTintoBrass.  Making its stateside debut with a beautifil 2K transfer, this documentary is an idealstarting point for newbies interested in Brass and seasoned fans as well.  It's also an essential watch for European film fans in general.  Love him or hate him, the likes of Tinto Brass will not be seen again and IsTintoBrass does a terrific job of celebrating his work while putting him in proper historical and social perspective.

Cult Epics have released a number of Tinto Brass titles in the past and this new collection is amongst their very best.  It's amongst the most essential archival releases of the year.