"It's a philosophy. A poetics. A politics, if you will. A literature of protest. A novel of ideas. A pornographic magazine of truly comic book proportions. It is, in the end, whatever the hell I want it to be. And when I'm through with it it's going to blow a hole this wide straight through the world's own idea of itself." 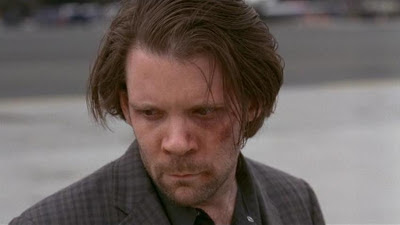 I don't know the first damn thing about Thomas Jay Ryan.  All I can tell you is that is that he is from Pittsburgh, that he is mostly known for his stage-work, that he hasn't appeared in a film in several years and in that in 1997 he gave one of the greatest screen performances I have ever seen as the title character in Hal Hartley's supreme Henry Fool. 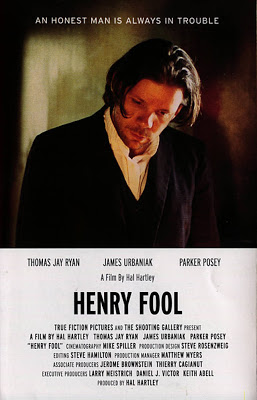 I tried writing on Henry Fool before and I failed to convey what exactly it is that the film means to me and why it holds me under such a powerful spell...perhaps it is because I don't even know myself.  All I know is that there is something in this bold film that says something extremely profound to me about cinema, life and myself...and I know much of that is due to the incredibly unique and quite visionary performance of Thomas Jay Ryan as a man who just refuses to fit in.