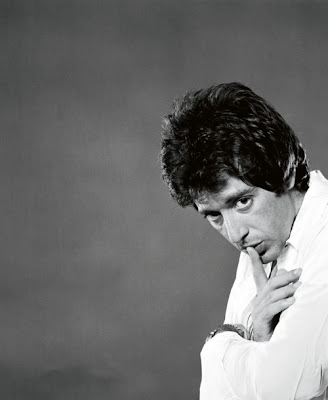 Al Pacino is celebrating his 72nd birthday today so I thought a best-of list dedicated to one of Moon in the Gutter's favorite actors was due.  What a remarkable career Alfredo James Pacino has had!  Few actors in film, stage and television history have scaled the heights Pacino has in his now more than forty-year career and, with more than half a dozen projects on the horizon, he is showing no signs of stopping.  I wish Pacino very warm birthday wishes and thank him for all of the wonderful work that has meant so much to me since I first discovered him as a teenager in the mid-eighties.  Here are my twenty favorite Al Pacino performances.  Feel free to share yours in the comment section.

"What's this for? For bein' an honest cop? Hmm? Or for being stupid enough to get shot in the face? You tell them that they can shove it."

3.  As Michael Corleone in The Godfather Trilogy

"Why was I so feared, and you so loved? What was it? I was no less honorable. I wanted to do good. What betrayed me? My mind? My heart? Why do I condemn myself so? I swear, on the lives of my children: Give me a chance to redeem myself, and I will sin, no more."

"There's a lot you don't know about me."

"A crow isn't afraid of a scarecrow. It laughs."

"The dream don't come no closer by itself. We gotta run after it now."

"You raised me. You put me through law school. You're a wonderful man, Grandpa. But your son is a shit."

"You'd better take a *good* look, because I'm getting two things: pissed off and curious."

"You're my job. You're what I'm paid to do. You're about as mysterious to me as a blocked toilet is to a fucking plumber. Reasons for doing what you did? Who gives a fuck?"

"I was gonna marry you! You think I'd marry a whore?"

"There's an absolute morality? Maybe. And then what? If you think there is, go ahead, be that thing. Bad people go to hell? I don't think so. If you think that, act that way. A hell exists on earth? Yes. I won't live in it. That's me."
18.  As Graham in The Local Stigmatic (1990)

"I never pay for sex, Ray, because Jesus Christ paid for our sins." 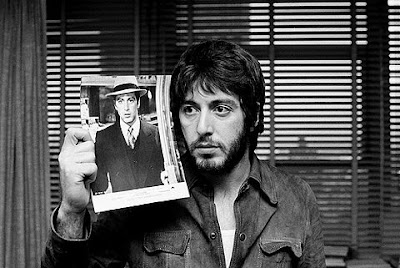 Posted by Nostalgia Kinky at 7:21 AM

I've recently come to the conclusion - after much rewatching, but could change though - that Pacino as Sonny in DOG DAY AFTERNOON is about the greatest male performance of the whole decade. There's something about him running up and down, in and out of that bank, trying to keep it all together while it all goes out of control, that I find toweringly great.