"I may be self destructive, but I like taking chances with movies. I like challenges and I also like the particular position I've been in all these years, with people wanting to save me from all the awful films I've been in. I'm happy being a legend. I think the Tuesday Weld cult is a very nice thing."
-Tuesday Weld, 1971- 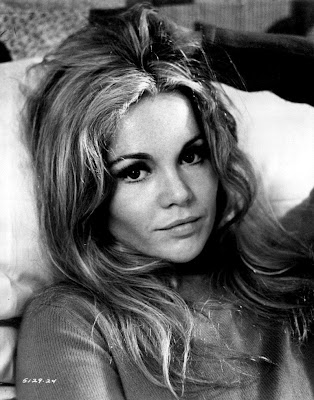 Tuesday Weld was the best damn American actress of the sixties and seventies.  She had everything that her more acclaimed peers like Dunaway, Fonda, Burstyn and Streep had, and more, but she was wildly unpredictable and was finally just not very interested in playing the game.  Glancing at the roles Tuesday Weld turned down throughout her career reads like a list of someone hell bent on not succeeding. She was quoted as saying that she turned down Bonnie and Clyde because, "I don't ever want to be a huge star, do you think I want to be a success?", other roles she turned down included Lolita, Rosemary's Baby, True Grit, The Thomas Crown Affair, Bob Carole Ted and Alice, Cactus Flower, Performance, The Stepford Wives, The Great Gatsby, Chinatown and Frances. Rumor has it that one of the reasons that Truffaut didn't direct Bonnie and Clyde was because she wouldn't play Bonnie.  Beatty would continue to pursue Weld before finally settling on Faye Dunaway, who built her entire career from that role.

I found out about Tuesday Weld as a young boy after seeing her with Elvis in 1961's Wild In The Country and I would become pretty much obsessed by her in my twenties after viewing Lord Love a Duck (1966) and Pretty Poison (1968).  There has just never been anyone else like her...

Had she not gotten fed up with Hollywood by the late sixties Tuesday Weld could have probably all but dominated the seventies but she just wasn't interested.  Weld's final great starring role would come in Frank Perry's Joan Didion adaption Play It As It Lays, one of the early seventies more difficult to see great American films. She would receive a Golden Globe nomination but was controversially ignored come Oscar time. It's a difficult film to watch and it's probably the best portrayal of someone having a complete mental breakdown ever filmed. Weld seems to bring all of her personal demons out for this role.  This is cinema as deep therapy with the audience ultimately becoming as exhausted as the cast by the end of it.

Play It As It Lays would act as Tuesday Weld's Raging Bull. Like De Niro she would never again be as beautiful or as transcendent in a role. There would be great work after, her Oscar nominated turn in Looking For Mr Goodbar, Michael Mann's Thief opposite James Caan and especially Sergio Leone's Once Upon A Time In America with De Niro himself but she would never again open that window she had early in her career. Much like her character Noah at the end of A Safe Place, she would seemingly just disappear...and we haven't found anyone else quite like her again. 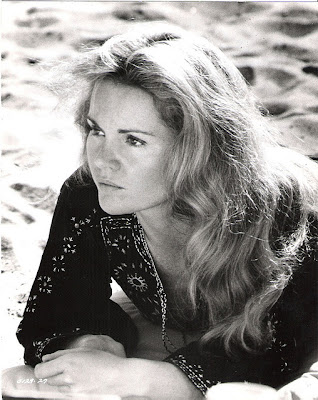 Email ThisBlogThis!Share to TwitterShare to FacebookShare to Pinterest
Labels: 31 Performances Ripe for Rediscovery, Play It As It Lays, Tuesday Weld, Writing on Film

I agree. Tuesday is my all-time favorite actress. But, don't discount her TV guest roles or television movies such as Reflection of Murder and Scorned and Swindled. Worth watching. She was terrific in Play It As It Lays. But, her last great motion picture role was in "Who'll Stop the Rain with Nick Nolte in 1978. Check that one out. Of course, wonderful in more supporting roles in Thief (1981) and Once Upon a Time in America (1984), which she received a BAFTA nom for best supporting actress.