"I have a perfect memory...when I feel like it." 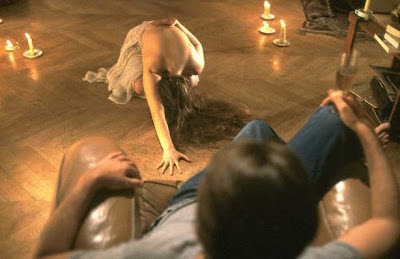 The first time I saw Emmanuelle Seigner almost twenty-five years ago I thought she was the coolest girl I had ever seen.  The year was 1988, the film was Frantic and I was 15.  Emmanuelle was 21 when she shot Frantic and she seemed like a supernatural cool breeze in the midst of a particularly tacky time...like a post-punk vision in a Cinema du Look dream.  Seigner reminded me of a young Elvis in Frantic (I wasn't at all surprised later when I found out that Presley was indeed her biggest influence) in the way she moved and carried herself...there was a defining rawness in Seigner that she has never lost.  I still think she is the coolest girl I have ever seen. 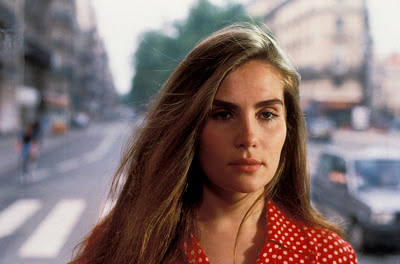 Seigner's greatest work on the screen can be found in her husband Roman Polanski's 1992 masterpiece Bitter Moon, one of the nineties truly great works of cinema.  As the troubled and manipulative Mimi, Seigner gives one of the most simultaneous ferocious and vulnerable performances I have ever seen.  All of that cool energy she projected for Polanski less than five years earlier in Frantic is replaced by a live electric charge that feels downright dangerous.  Seigner's work in Bitter Moon is one of the most emotionally and physically naked performances I have ever seen...she's absolutely fearless and her work is both hard to watch and impossible to look away from. 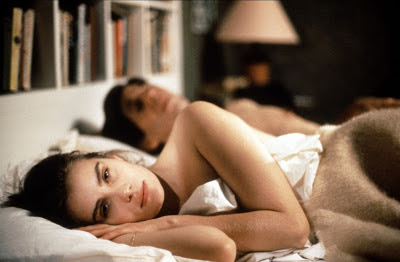 France produced several of modern cinema's greatest actresses in the eighties and while she has perhaps never gotten the international acclaim as artists like Binoche and Bonnaire, Emmanuelle Seigner has had just as big of an effect on me artistically and personally.  Her career, which has taken her from Godard to rock-stardom, has been incredibly fascinating to watch, even though the acclaim she so often deserved has often alluded her.  The greatest artistic and life muse to one of cinema's most visionary filmmakers, Emmanuelle Seigner is one of my favorite actors and has a number of performances more than ripe for rediscovery but her work as Mimi in Bitter Moon absolutely towers...it's an astonishing performance from one of modern film's most unique icons.

I agree, she was fascinating to watch in Bitter Moon. I LOVE the scene where she dances with a guy to the song "Stop" by Sam Brown to make her husband jealous. Brilliant filmmaking!